Mayor of Linden, Carwyn Holland has revealed that on a recent trip to China, his team secured ten scholarships from the China University of Mining and Technology (CUMT) to benefit youths in the mining town.

The trip saw the signing of a Memorandum of Understanding (MOU) between the City of Xuzhou and Linden to put into effect municipal cooperation between the two towns. 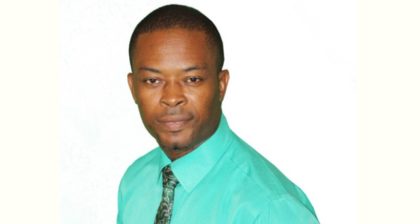 According to Mayor Holland, CUMT is one of the leading mining universities in China, as such, he is happy to have secured the annual scholarships for the youths.

He explained in the final year at the university in China, the ten students will return to Linden to conduct practical exercises.

“We will have the final year students doing their practicals in Linden where they will be doing things with the mining companies, along with University of Guyana students…plus digital mapping of the town and coming up with a full town development plan will be looked at,” Mayor Holland explained.

The Mayor also revealed that the council has twinned with the City of Xuzhou to host a six months exchange program for athletic coaches, between Linden and China. Tourism and agriculture developments were also areas discussed among representative of the two municipalities.

“They (Xuzhou) are ready to take on our young people and to train them in China. All we have to do is take care of the airfare and everything else will be taken care of by them…they will be studying and working along with scientists in China to help our agriculture sector,” the mayor stated.

The twinning of the municipalities will target development in the areas of agriculture, education, sports, youth, culture, tourism and infrastructure development.

Meanwhile, with efforts to further develop youth empowerment in the town, Mayor Holland explained his team is in the process of procuring a building, with the help of the U.S Embassy Humanitarian Assistance Program (HAP), for youth groups in the town, to host meetings and also function as an office space.

The resourcefulness of the building, he believes, will aid in bringing together of youths with one vision to improve developments within Region Ten.