The future is limitless – Robotics camps heading to Ituni

─ aimed at merging reading and robotics classes for children, parents encouraged to be part of the sessions

─ class to be held at the local library

─ govt ensuring equal opportunity is afforded to everyone

Minister of Social Cohesion, Dr. George Norton has announced that young people from Ituni will soon benefit from robotics camps. Minister Norton made the commitment during a recent meeting in the community.

The robotics class will be held at the local library and aims to merge reading and robotics classes for the children. Parents were also urged to be part of the sessions.

“We plan to bring robotics classes to your [Ituni] library for the children, and I want to invite you- the parents, to come along. When we establish the robotics camps here, you must come and see how they think and build things,” the minister stated.

He reiterated government’s commitment to ensuring that equal opportunity is afforded to everyone despite geographic location.

Robotics has been taking Guyana by storm with young people taking the lead in every aspect. Hundreds of workshops have been held countrywide, and Guyana has also participated in several regional and international competitions.

First Lady Sandra Granger has been taking steps to ensure young people are expanding their horizons through access to Science, Technology, Engineering and Mathematics (STEM) workshops.

“Our children must be given the tools and the opportunity to expand their minds and their horizons, regardless of where they may live in Guyana or their social or economic background,” the First Lady has said. 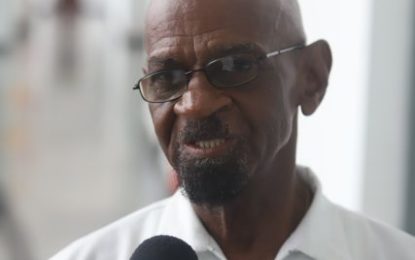