Beginning in the wee hours of the morning, thousands of residents throughout Georgetown queued to exercise their right to be heard through the General and Regional Elections.

In Lamaha Gardens, first-time voter Delicia Henry said her choice to vote was heavily influenced by her family. “I want to see better changes, not just for me but my family,” Delicia declared.

Rachel John, the first voter in line at the Lions Club in Lamaha Gardens noted, “I just feel that I’m doing the right thing and it is for my children, my grandchildren and my great grand [children]. So, I’m encouraging everyone to cast their vote.” 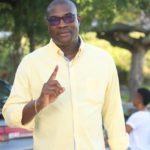 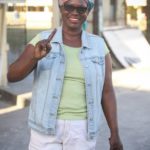 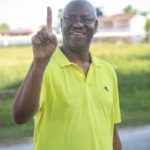 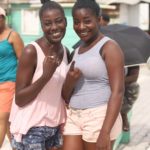 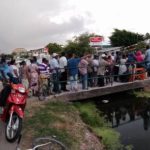 Voters queuing to vote at the Bel Air Primary school. 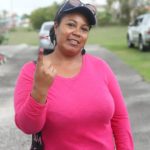 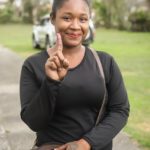 Commenting on the voting process, the early bird voter said, “it was fast, smooth and good. I think it will be a great day and I hope everything goes well.”

At the polling station, Minister of Public Infrastructure Hon. David Patterson expressed confidence in GECOM’s election process adding that all eligible persons should take advantage of the voting period.

“Guyana has so many opportunities and so many ways to grow. If you’re interested in your country, in the way it will be led for the next 5 or 10 years, you should exercise your vote so that you can have a say,” the Minister emphasised.

Over at South Ruimveldt Secondary School, voter Gordon Gilhuys, 66, who made it to the poll before 6am shared that the process was stress-free. “Coming and exercise your franchise will determine your future and the future of Guyana,” Gordon asserted.

Proudly showing her inked finger after casting her ballot at the same polling station was June Leitch. “I am so happy to see that we Guyanese are doing the right thing […] More people came out and I am happy to know that we’re going on the right path.

June had some advice for voters making their way to polling stations across the country. “They should vote because they know who they want there [in Government, who they want to serve them.”

Alongside June was Ann Prince, 53, who maintained voting is a constitutional right every eligible voter should exercise. “They have a right to choose who they want, not people choose for them,” the Prince contended.

Further east of Georgetown at the East Ruimveldt Community Centre, families descended upon the polling station in the early hours of the morning. Ashton Agard, 71, and Debra Hopkinson, 57, departed the polling station with their fingers held high as they displayed the confirmation of their vote.

Ashton disclosed he was delighted to have voted for the APNU-AFC ticket led by President David Granger.

“He is doing wonderful things in this country and we would like him to be back there,” a jubilant Ashton remarked. According to his partner Debra, “we need our Government and we wanted to make the right choice.”

Meanwhile, senior citizen Linda Thompson who was seen leaving the polling station on her bicycle explained she was among the early set of voters because she was excited to cast her ballot.

“I was here minutes to 6 because we want decency,” Linda commented.

This publication also visited the Sophia Primary School, where electors, wrapped around the yard of the building, were delighted to have voted.

Two sisters, Faustina and Annie Barry said their decision hinged on their desire to see the continuous development of the country.

Polls are set to close at 6pm, after which the Guyana Elections Commission will be the official organ for declaration of results.