The preliminary findings for the first phase of the feasibility study for a new Demerara River bridge have indicated that a three-lane design is up for deliberation since it would ease traffic flow in the area.

Last November, the government had announced that Lievense CSO will conduct the feasibility study for the new Demerara River Bridge. 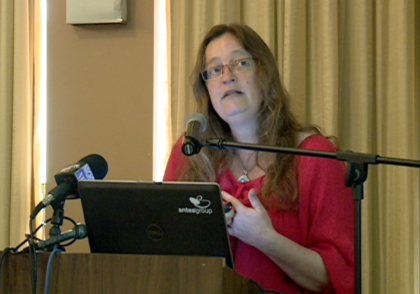 Today, Traffic Expert, Lievense CSO, Jacqueline Mouws  explained that though a two-lane option would be cheaper, it would result in  similar traffic congestion  currently faced with the existing bridge. If one of the lane becomes inoperable then there will be a heavy buildup of traffic in the area, Mouws stated.

The Traffic expert, speaking at a consultation on the feasibility study at the Pegasus hotel, further explained that with a four-lane bridge, there would be two lanes in different directions which would provide more capacity. However, the amount of traffic that would travel with the four-lane structure would be too much for the road network, which would also lead to traffic snags. 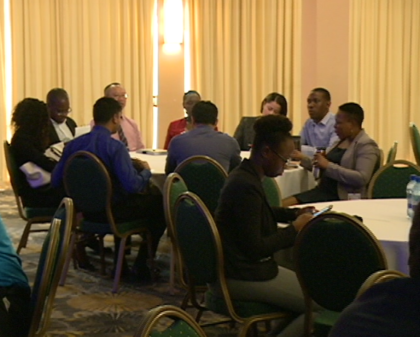 In the event of emergencies, there would still be more capacity to facilitate the traffic flow, Mouws added.

Additionally, Mouws highlighted that during the study it was also discovered that traffic on the bridge has increased significantly especially since the economy is growing. Though this is a good thing, she said, it would require another road network.

During the day, the route where the current bridge is located is plagued with heavy traffic therefore the Houston to Versailles route is also under consideration for the construction of the new bridge, she added. 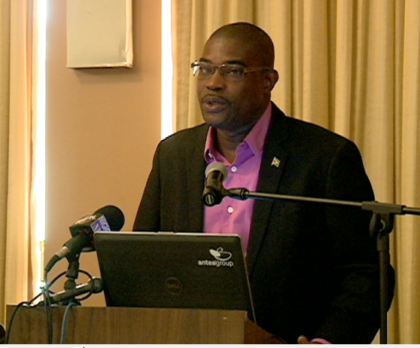 Minister of Public Infrastructure, David Patterson addressing the gathering at the stakeholder consultation for the feasibility study for the new Demerara River Bridge

In 2013, the Demerara Harbour Bridge Corporation (DHBC) in collaboration with the Central Transport Planning Unit of the then Ministry of Public Works conducted a pre-feasibility. That study concluded that a fixed high-level bridge was the best option to pursue.

The Minister of Public Infrastructure David Patterson said the new bridge would lead to some land acquisition, but consultations will be made. Minister Patterson explained that, “at some point during the project there will have to be some land acquisition should we proceed with whichever option there is. It’s unfortunate, but it is something that we have to do for the greater good. We will have consultation with those persons whose homes or property will be affected.”

The study which commenced on January 15 also looked at whether the bridge should be a floating, fixed, low- level or fixed high-level bridge.