– “We are not making fun with education… there is no better way to spend our petroleum resources than to ensure that Guyana becomes a nation of educated people” – Pres. Granger

“It’s a really good thing because right now I’m a cash student and it’s really hard on my pocket. So, if university tuition becomes free, that’s a plus for me and others who can’t afford it,” said Rondell Hercules, a second-year Environmental Studies student within the University of Guyana (UG).

Hercules was at the time speaking exclusively with the Department of Public Information (DPI). He was responding to the recent announcement by His Excellency, President David Granger to make education free from nursery to university. The Head of State, during Emancipation Day celebrations at No.53/Union Village, East Berbice- Corentyne, stated that the expected revenues from the petroleum industry would be best utilised to make education free for Guyanese.

Second-year Computer Science student within the Natural Sciences Faculty at UG, Jacquel Skeete, shared his reaction as well. “I was intrigued. I am kind of excited because I know the struggles of a UG student and the multiple things we have to pay for,” he related.

With free education on the horizon, Yatricia Singh, a prospective Chemist currently pursuing her undergraduate degree, sees the president’s initiative as an opportunity for advancing towards post-graduate studies.

Singh noted, “it would be something great. That way we won’t have to pay this fee… As you would know, studies in Masters are more expensive than the Bachelors. So, that would be great. Doing your masters for free would be quite lovely.” 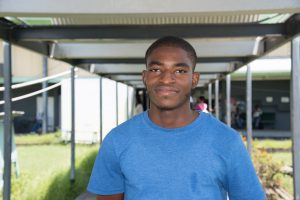 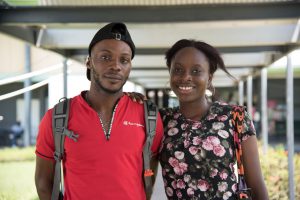 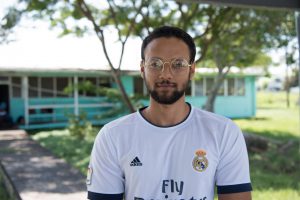 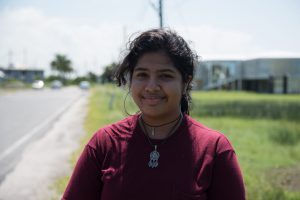 Expected impact on education in Guyana

Meanwhile, the UG students provided insight into their expectations of the impact of free education in Guyana.

Ronald Sundar, a twenty-year-old aspiring Biologist in his second year at UG, told DPI: “I think it will raise the education rate… the passes, the success rates because money will be invested properly into the students… Our most important resource is our human resource. So, when we start developing those human resources, we can develop other resources like infrastructure and other things.”

Broadening his focus on youth, Skeete stated, “I think we are going to see much more productive young people; creating more research projects, more business ideas on the whole from Guyana, especially from the youths.”

Additionally, Hercules maintained that free education will open doors for Guyanese. “Persons who can’t afford it will now want to take up the opportunity to study,” the Environmental Studies student commented.

Singh, echoed similar sentiments: “More people will become qualified; people who wish to attend university but don’t have the opportunity to because of the fees.”

Ever since assuming office, the Coalition government has made education one of the focal points of its plans and policies. It is on this premise that the administration has consistently set aside the education sector to receive the largest budgetary allocations since 2015. For 2019, the education sector’s $52Billion budget reflected a 15.6% increase.