The Guyana Election Commission (GECOM) moments ago decided that the tabulation the Statements of Recount (SOR) will be done daily between 17:00hrs and 18:30 hrs.

The seven-member commission Chaired by Justice (ret’d) Claudette Singh made the decision this afternoon, following a meeting at the Arthur Chung Conference Centre (ACCC), where the recount of the March 2 General and Regional Elections is currently ongoing. 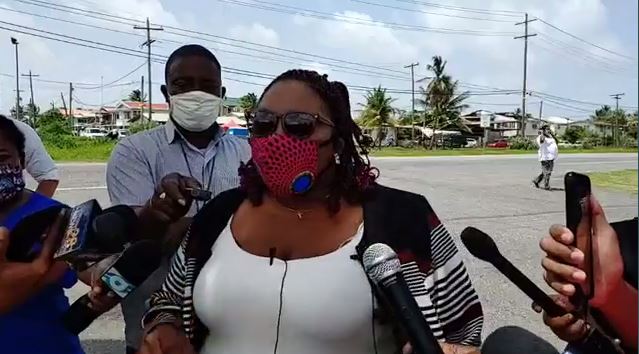 The GECOM’s Chair had reported on Wednesday that some party agents had requested that the tabulation of the SORs commence, although the National Recount Order dictates that the process will only be done after the completion of counting process for each of the region.

That Order was gazetted on Monday.

Public Relations Officer (PRO) Yolanda Ward had earlier today said that once a change is made to the National Recount Order, then the Order itself would have to be amended and gazetted.

Following the commission meeting, however, she reported that there will be no amendment to the Order “since, at the end of every region, they will also go back through everything; full process.”

Ward also said that the examination of each box based on the “observation report” from each workstation will be recorded during the tabulation.

The tabulation process will see the SORs being projected on one screen, while another screen displaying a Microsoft EXCEL file, will be used for the inputting and tabulation of the numbers.

Ward said each political party has agents who will be present during the tabulation exercise.