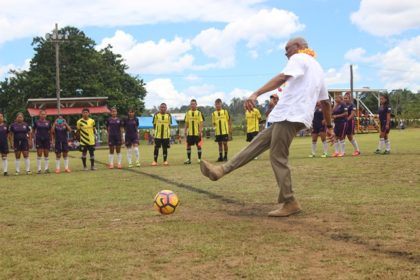 President David Granger kicks off the football to initiate the 2017 games.

The ceremony held at the Kamarang Warawatta Sports Ground, Region 7, was also attended by other Regional officers and officials, among whom was Director of the National Sports Commission Christopher Jones, and President of the Guyana Football Federation Wayne Forde.

A detailed report will follow on Monday’s edition of Info Hub. 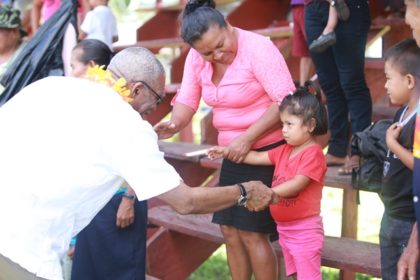 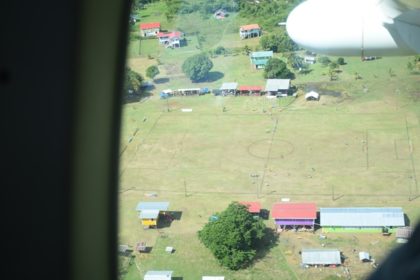 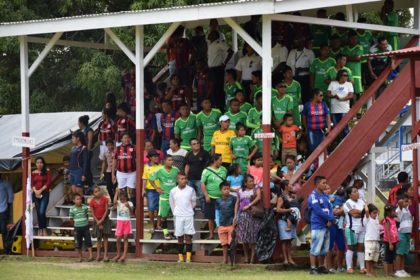 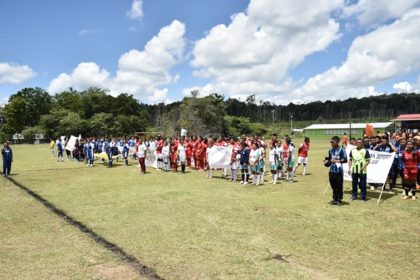 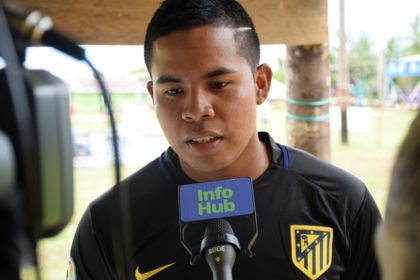 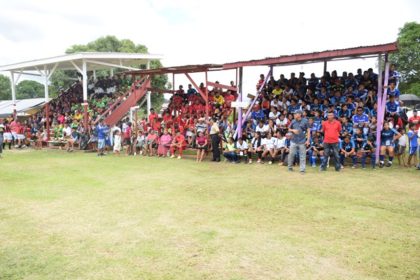 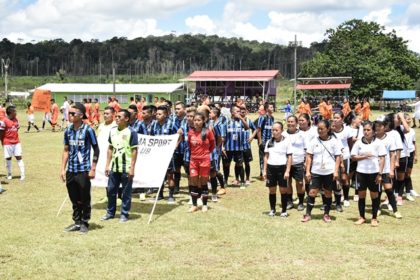 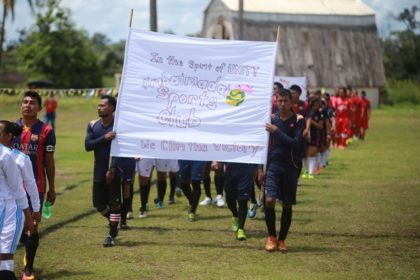 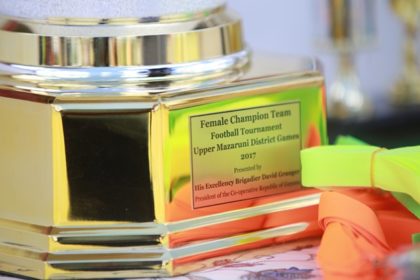 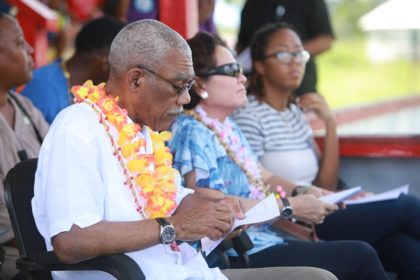 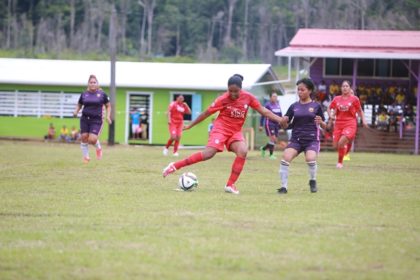 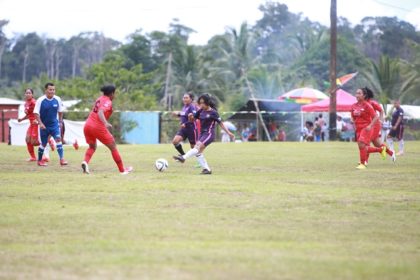 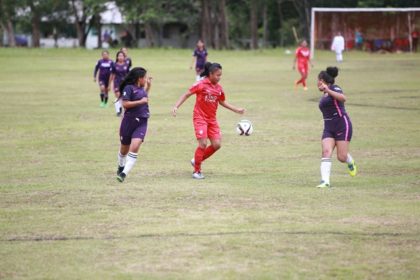 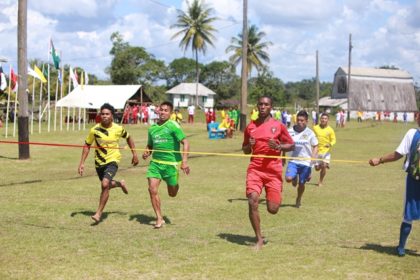 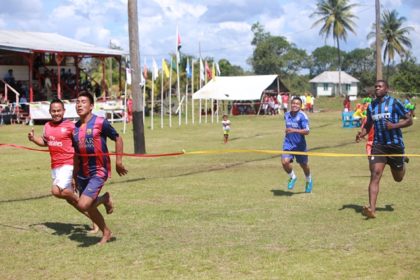 Photo credit: Ministry of the Presidency and Department of Public Information.