– “We have gone pass race politics because we want a better life. Take time to allow our government to do the things we promised you”

Following the Region 5 ministerial outreach on April 25, in Fort Wellington, Minister of Social Protection, Amna Ally visited the village of De Hoop in Mahaica to meet with the residents to address their concerns. 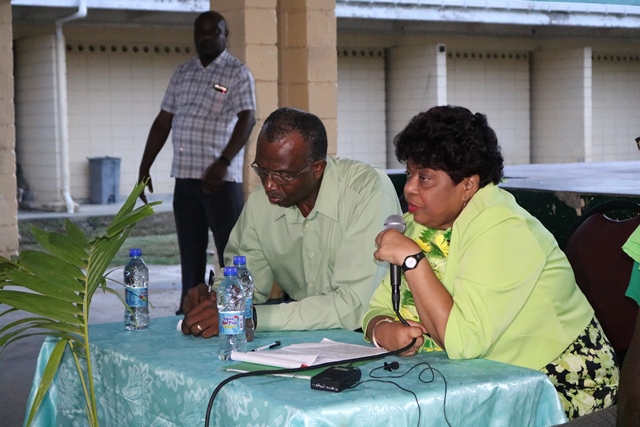 Minister of Social Protection, Amna Ally in her address to the residents. 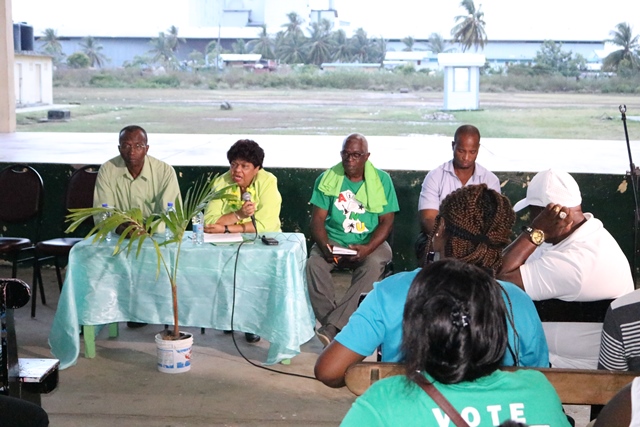 Minister of Social Protection, Amna Ally and members of the NDC, GWI and APNU. 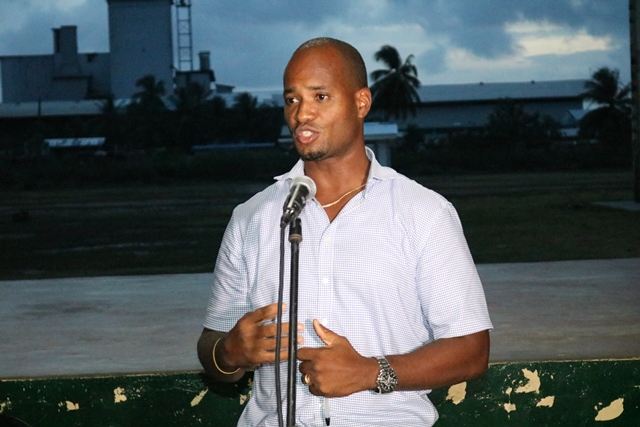 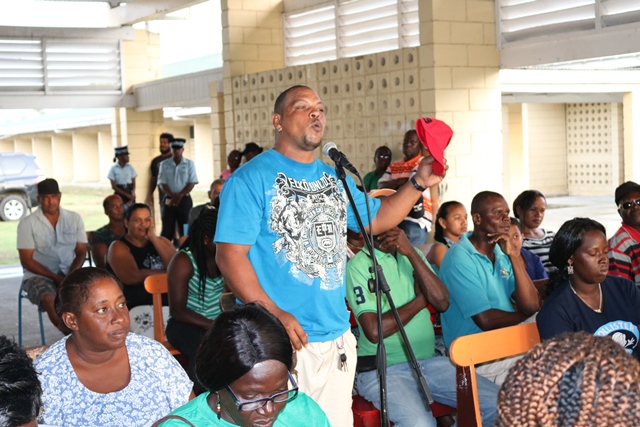 During the meeting held at the Bygeval Secondary School, Minister Ally assured the residents that the Coalition Government is continuing the process of implementing strategies that will improve the lives of all Guyanese. She drew attention to the work her government has done in less than five years.

“Since this government took office, more children have been able to have access to school. With the supply of transportation such as boats and buses, children around Guyana now find it easy to afford to attend school.”

The minister noted that the Mahaica-Berbice Region has also benefited from this service’ where at least one boat was provided by the government to transport children to school on the Mahaicony River.

“We’ve got to make sure that we provide the services for our children,” the Social Protection Minister said.

During the question and answer segment, a resident highlighted the need for more job opportunities for the youth in her community. In response, the minister advised the residents to explore their entrepreneurial skills in areas like farming, which is a common form of livelihood in Region 5 communities. Additionally, she encouraged the young people to join the Government Youth Corps where they will be empowered in various degrees to foster sustainable development of their communities.

Issues were also raised regarding the deteriorating bridges in the community, unlawful road obstructions from private company trucks, and draining and utility issues, all of which were noted by the minister and her team.

Chairman of Region 5 NDC, Wainwright Henry, the secretary of the High Dam PNC group Wilson Gravesande and GWI manager for Region 5, Onverwagt, Keine Read comprised the team who worked to formulate solutions to the residents’ issues.

Read assured them that one of the issues raised regarding the broken water pipes which will be resolved the following day. Meanwhile, Minister Ally advised the chairman to monitor the approaches to eliminate the issues discussed at the meeting.

“We must look at who can provide the services we need to maintain a healthy life. We have gone pass race politics because we want a better life. Take time to allow our government to do the things we promised you. We have more opportunities to offer our Guyanese people,” Minister Ally underscored.