West Bank seniors have their say at the polls

While the focus has been on many of the first-time voters, seniors living on the West Bank Demerara show they are no stranger to exercising their franchise to vote

Paulette Valerie Thomas, 63, a resident of Estate Staff Compound said while she has been able to exercise her right to vote on multiple occasions, this year’s General Elections is equally important as the rest. 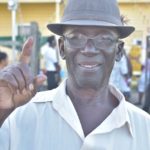 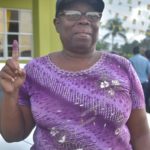 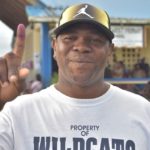 “I am here this morning because I want the progress to continue; I have seen it you know. And while I have lived through many elections, this year is a special one because communities are coming together and so there is a oneness, togetherness and unity

Meanwhile, Eldon Hodges of Nismes who is over 80 years, said that he was happy, thankful to be up and about this morning and extremely proud to have cast his vote in such a crucial election.

Joining the senior citizens was a much younger 41-year-old Dwayne Frasier of Belle West who ensured he was among the early voters having joined the line at 5:45 am.