Hinds told the Department of Public Information (DPI) in a recent interview, that despite challenges and harsh weather, the project which commenced in March 2015, seeks to improve efficiency and safety of road transportation for the approximately 30.7 kilometers of the West Coast, Demerara Road from Vreed-en-Hoop to Hydronie, just about one mile east of Parika.

Hinds explained that the stretch of road closer to Parika is completed, and the team is in the process of ‘overlaying’. An overlay is any operation that consists of laying either Portland Cement Concrete (PCC) or Hot Mix Asphalt (HMA) over an existing pavement structure.

Road works to be completed at Vreed-en-Hoop 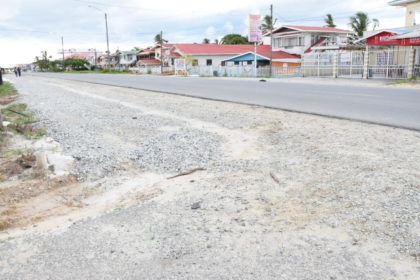 A section of the road at Anna Catherina; pavements are to be completed 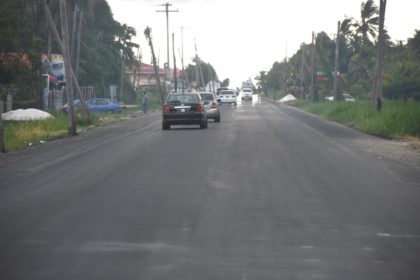 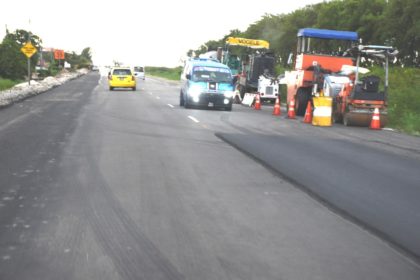 Road works being carried out at Windsor Forest, WCD

On a recent visit to the West Coast, it was evident that many roadways west of Vreed-en-Hoop have benefitted from bridge replacements and repairs, drainage and road safety works, pavement markings and safety barriers along severe curves.

The Senior Projects Engineer assured that works are well underway, despite being delayed in March to facilitate the relocation of the Guyana Telephone and Telegraph (GTT) and the Guyana Water Incorporated (GWI) utility services; plus being affected by inclement weather.

Works are also ongoing at Vreed-en-Hoop from the junction to the stelling, this Hinds explained is to ease congestion of east bound traffic. The project will see a junction at Vreed-en-Hoop which will allow for two east bound lanes. These works are ‘substantially’ completed Hinds noted.