A Wismar youth has been awarded a scholarship to the University of Guyana as part of an Early Childhood Development Centre (ECDC) opening in Region Ten where she will eventually work.

Donna Rigby is a member of the ‘For the Children’s Sake’ organization in Wismar Linden. She is thankful for the opportunity for herself and others to be employed and says she will make the best of the scholarship granted for her to study early childhood development.

Front view of the One Mile ECDC 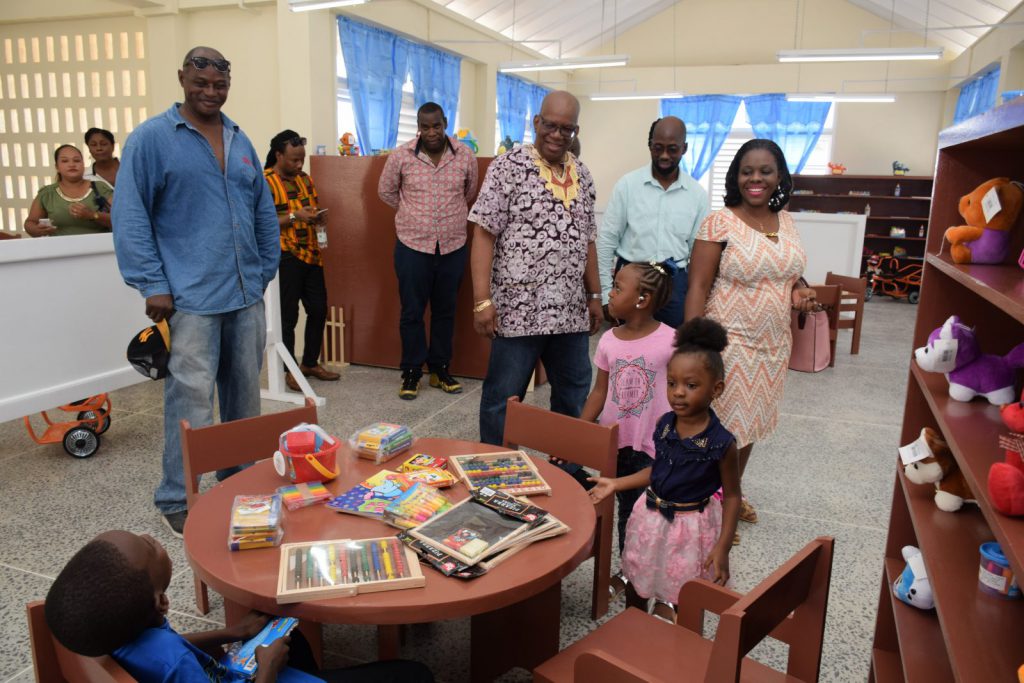 “I am so thankful for the opportunity. I am determined that I would go and make this government proud,” Rigby said.

Former Presidential Advisor on Youth Empowerment, Aubrey Norton says the opportunity granted to Rigby is not singular. It came out of the recognition that there are young people with the potential to make meaningful contributions to the growth and development of their communities but just lack the necessary training.

“The decision was taken to train them and to have them involved across the country… From the batch we have taken about 12 of them who are enrolled at the University of Guyana. We have organized scholarships for them and the hope is that every year two of them will go so that they can improve their qualifications and become professional teachers,” Norton explained.

The almost $40M One Mile Wismar Early Childhood Development Centre was commissioned on Sunday by Minister of Finance, Winston Jordan. The centre is the sixth of its kind across the country and seeks to provide early childhood development and day care services to parents at a minimal charge. According to Norton, this will enable parents to seek employment away from home thereby increasing their household incomes and improving their quality of life.