The Women and Gender Equality Commission made 22 recommendations today, during the presentation of the fifth and sixth annual reports to the Speaker of the House Dr. Barton Scotland. 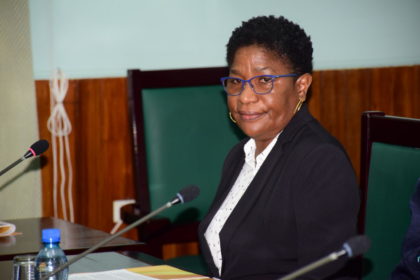 Some of the findings presented were the enactment of legislation and policy on sexual harassment in the work place, to censor songs that are deemed ‘inappropriate’ and ‘degrading’ to women, promote parenting skills training in pre-and postnatal clinics in all health centres, initiate pilots of the community’s counseling centres and friendship bench in the community which target victims of domestic violence and depression among others.

In brief remarks, Dr. Scotland said that though he is happy to receive the reports from the Commission, he is dissatisfied with the House’s cooperation on the findings of the report.

“I must confess to you that I am not satisfied with the manner of the Commission’s report is treated or reports are treated when they are presented to the Speaker. There must be consequences to their prejudice of the reports in that respect, I must bear some responsibility for that”, the Speaker explained.

Dr. Scotland further explained that through discussions he expects the House’s full cooperation in the future since, “The House needs to be engage in the recommendations of the report and need to be engage in at least discussing it because the work cannot only done, presented and then it is finished”. 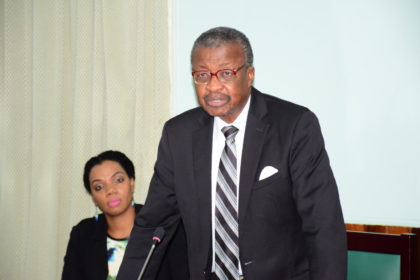 however hopes that there is a creative way to deal with the issues.  “We (people) can become tolerant of the issues unconsciously and we (people) would find a way to pass it off”, he noted.

The Women and Gender Equality Commission Chief Executive Officer (CEO) Diana Swan-Lawrence in brief remarks noted that despite challenges, the agency remains committed to fulfilling their vision, “An environment where the rights of women are recognised as human rights and gender equality is upheld”.

The Women and Gender Equality Commission CEO said that she is proud of the efforts made by the government in rebuilding the Commission.

“The Commission needs great leadership, persons who are prepared to serve professionally, to be accountable to the people of Guyana and need to be prudent in managing the financial affairs and persons knowledgeable about social issues”, Swan-Lawrence noted.

She added that they are happy to present their findings to create public awareness on the work of the Women and Gender Equality Commission.