What took residents of Region 10 (Upper Demerara-Berbice) hours to travel from Linden to Kwakwani and their environs, has now become a “walk in the park” and for this, they are beyond grateful.

Life has been made a whole lot easier for residents, with the rehabilitation of the once impassable road.

Clement Boyle, a logger from Ituni. 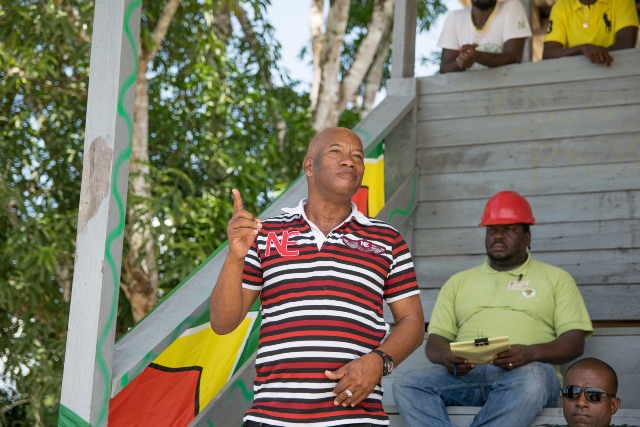 Herman Williams, a resident who expressed his gratitude for the newly rehabilitated Linden to Kwakwani road which passes through Ituni. 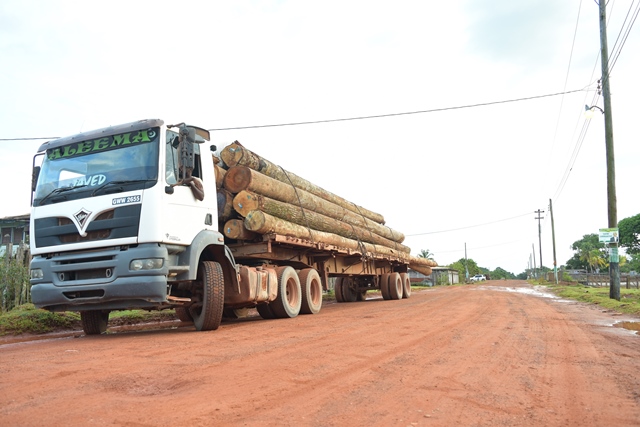 In May 2018, the Guyana Geology and Mines Commission (GGMC) through the Ministry of Natural Resources, awarded contracts for repairs to the road for $240M. The works included ditching, excavating, section repairs of soft spots and filling with laterite. The works benefitted communities on both sides, including residents of Ituni and Aroaima.

On Sunday, a meeting with Minister of Natural Resource, Hon. Raphael Trotman heard residents of all communities expressing hearty gratitude for the significant improvements to their lives.

According to Boyle, before 2015, he bought a pick-up truck way that was “broken up by the Ituni road. Not only his vehicle but several others,” he contended. “If somebody from Ituni isn’t seeing the interest this government is taking to making our lives comfortable, I am sorry for them,” he said.

Another logger, Richard James said what he had noticed the ease with travel as students have been leaving the community to further their studies. The students can now travel because they can afford to drive in and out in a timely fashion. “That was moving, that was sweet,” James said to loud applause.

Over at Araoima, Herman Williams said among the numerous infrastructural developments in the interior communities, he is grateful for the newly rehabilitated road.

“The trail, let’s you make your trip in an hour and 15 minutes, and if you are a quick driver, you make it in an hour. And it is being maintained even when it rains. I want to commend the government,” he said.

Back in June 2018, travel time was roughly between two to five hours from Linden to Kwakwani. This has significantly been reduced to anywhere between one hour and 15 minutes.

Minister Trotman said he had undertaken to maintain the road. A contract has already been signed to ensure that it is maintained.