CARIFESTA XIV’s Grand Market – a delight to the senses

Day one of CARIFESTA XIV’s ‘Grand Market’ set the tone for a diverse and cultural experience for patrons flocking the various booths showcased by each contingent.

Participants and onlookers alike were amazed at the wide cross-section of art and craft and dishes displayed at the Guyana booth and those of the other delegations. 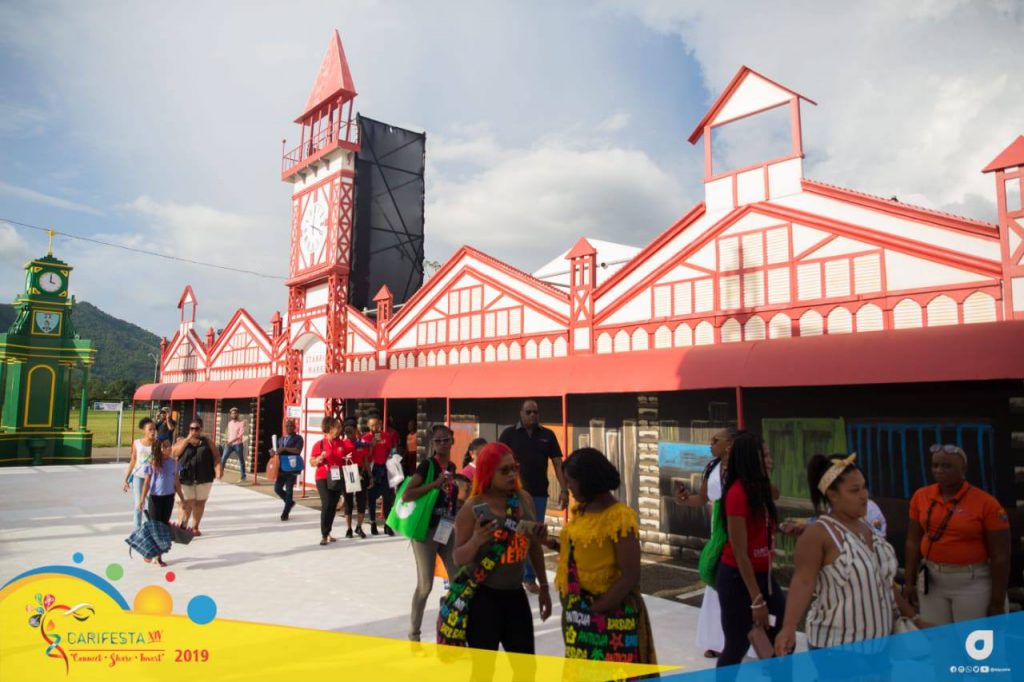 The iconic Stabroek Market back drop which forms part of the “Streets of the Caribbean” display.

Speaking with the Department of Public Information (DPI), Lola De Freitas, a resident of Trinidad, said while she was window-shopping for future purchases, the booths with the games made her reminisce about the “good times”.  “It is ab eye-opener; I love the craft… and the games take me back to old days …. I got the opportunity to play a few games and I was really good,” she said.

Fellow resident Wendy-Ann James said that while she has not followed the previous festivals, the presentations showcasing this year’s participating countries piqued her interest so she had to come to see for herself.

“It is the first time I have visited  CARIFESTA and even though, it has been in this country four times and it is the first I have attended the opening ceremony for festival… I was so pleased with the presentation of each of the Caribbean islands…it is so nice to know that the nations can get together and gel together…this is our region,” she noted.

James said she will use the occasion to better acquaint herself with the culture, art and cuisine of each contingent.

Roy Cummings, of Cummings Leatherwork Establishment, engaging patrons at his booth in the Grand Market. 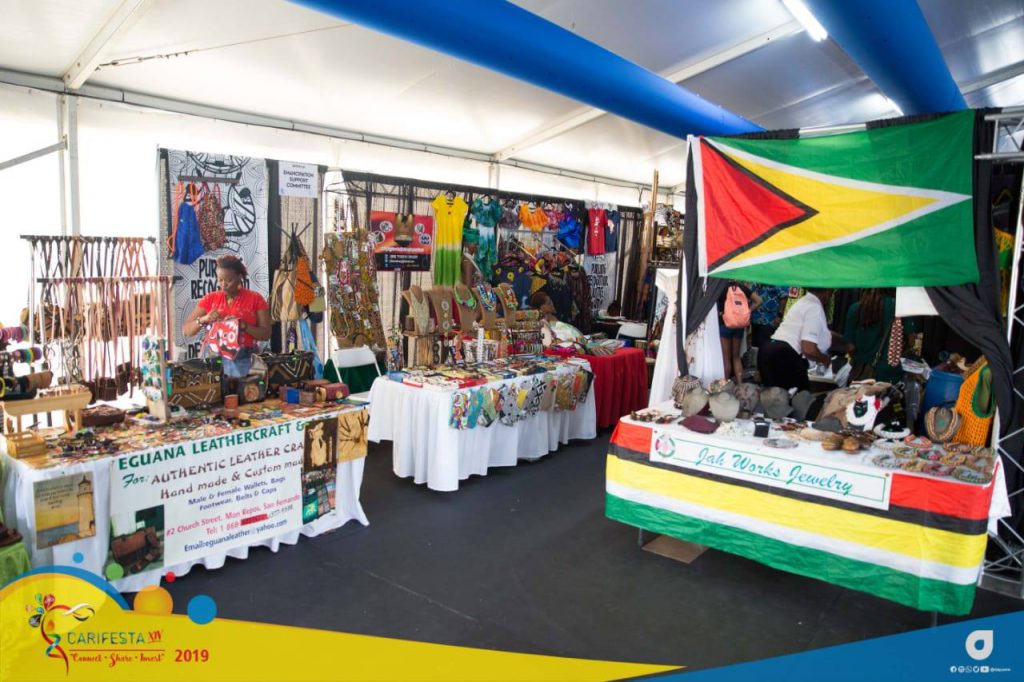 Some of booths displaying craft items from Guyana 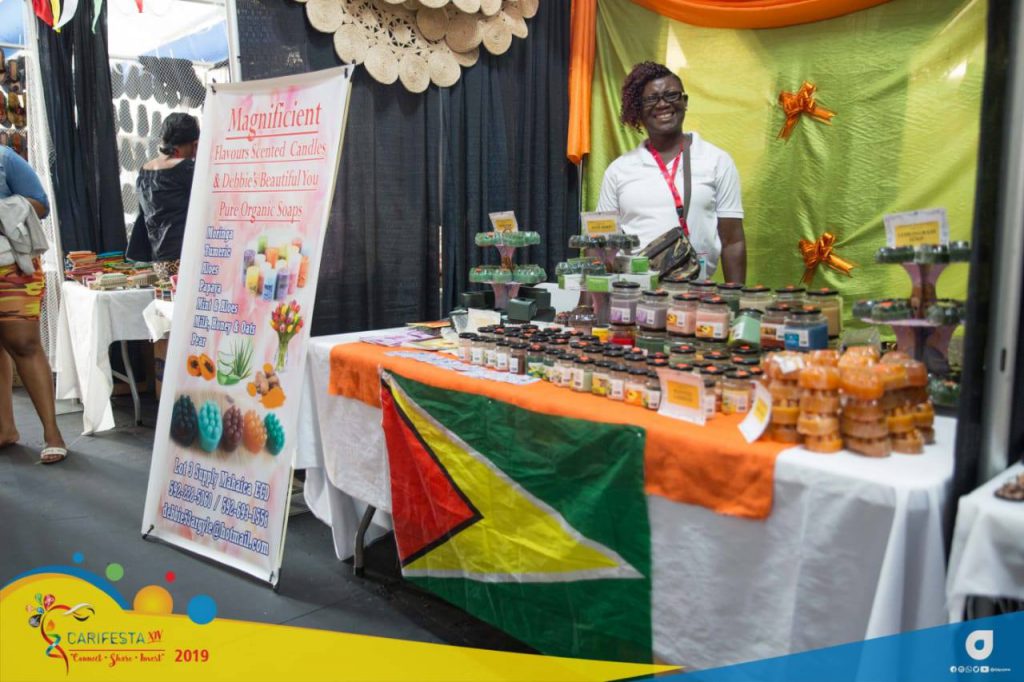 Leather craftsman, Roy Cummings of Cummings Leather Works Establishment has been a member of Guyana’s delegation at previous CARIFESTA festivals. Sitting in his booth, surrounded by a wide array of his leatherwork he noted that each event has broadened his understanding of what is expected from persons in the Creative Arts industry. Cummings opined that this stems from the excellent representation by various delegations whether it is their food, music or art; they set a standard to be emulated by others.

Being a regular festival participant, he said, has boosted his business. “Patrons will be looking out for us because we do have a large clientele from the different Caribbean countries and elsewhere.”

Despite the inclement weather, patrons came out in the numbers to try new experiences offered by the various contingents. Also, members of the delegation were understandably proud of the many historic landmarks from each country that was used to create the backdrop for the ‘Streets of the Caribbean’ display. From Guyana’s Stabroek Market with its iconic clock, to Barbados’s Chamberlin Bridge, patrons took the opportunity to take photographs in front of these settings ensuing they have lasting memories of their time at the festival.

This year’s CARIFESTA is celebrated under the theme, “Connect, Share, Invest,” which focuses on both the tangible and intangible aspects of the Region’s cultural heritage and development.