─ project made possible through self- help initiative

Communities located in South Mackenzie, Linden are seeing extensive transformation as a result of a community enhancement project which is the brainchild of the Community Development Council (CDC) and the Community Policing Group (CPG).

The project aims to bring the communities back to its former glory, since it was once the residential territory of Linden. Communities that are seeing improvement in aesthetics include Richmond Hill, Fair’s Rust, Watooka and Noitgedacht, amongst others.

Spearheading the project is Deputy Mayor, Wainwright Bethune who is also the chairman of the CDC and the constituency representative. One of the main focus of the project is the establishment of green spaces which include a modern signboard surrounded by flora. Fair’s Rust’s sign has already been erected while Richmond Hill’s is about 90 per cent complete. 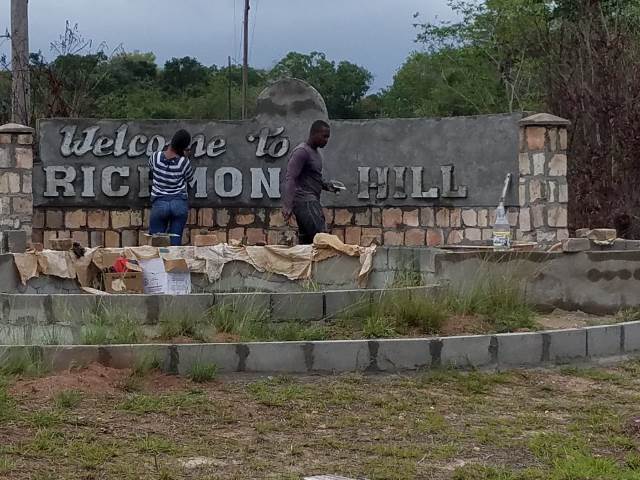 The Welcome to Richmond Hill sign which is almost completed. 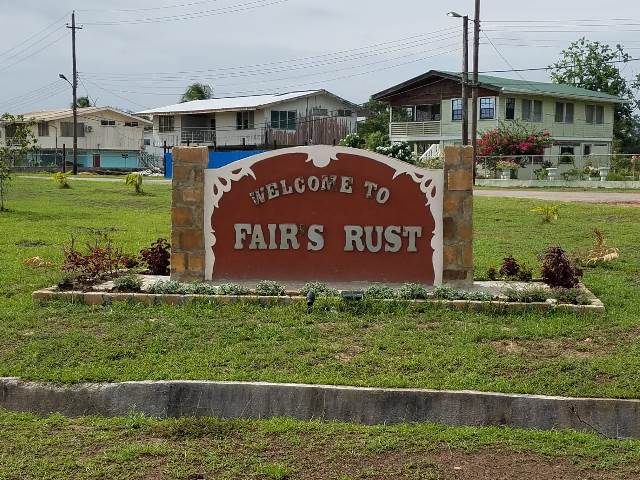 The welcome to Fair’s Rust sign that was recently erected.

Community playfield that was renovated in Fair’s Rust.

Bethune, who is also chairman of the Environmental Committee at the Regional Democratic Council (RDC) is pushing land reclamation in the communities given the effect of years of bauxite mining which left swamps and slush in the environment. The overburden from the bauxite mining is used to reclaim these lands thus extending the boundaries of the communities. Residents can now use these reclaimed lands for farming and other empowering activities.

In addition to the above-mentioned communities, Constabulary Compound and Industrial Area also benefited from land reclamation. Illegal dumpsites were also cleaned up in these areas. A play park in Fair’s Rust which includes a ball field was refurbished and a similar initiative will be done in Coomacka Mines in the near future.

The community enhancement projects resulted from consultation with residents who aired their concerns at community meetings where Bethune requested to be improved for the benefit of these communities. “My objective is to work in each and every community in the constituency to ensure we have development throughout the entire constituency.”

While funding from the Council itself is limited, the Deputy Mayor posited that funds are being garnered from donations and other means.

Following the second Local Government Elections (LGE), after more than 20 years, there is an evident renewed zest, amongst Councillors and residents, to work together for the common good of their communities. Through consolidation, communities are benefiting from self-help projects which include drainage clearing, de-bushing, landscaping and the maintenance of road corridors.