The Ministry of Education, Department of Culture Youth and Sport today, hosted its annual observance of Phagwah or Holi.

Phagwah which is ushered in with the burning of Holika, is observed as a national holiday in Guyana and is the Hindu celebration of the spring festival and the dawning of the New Year. The festival was brought to British Guiana by Hindus who arrived as indentured labourers to work on sugar plantations in the early 1840s.

This ceremonial practice is a symbolic representation of the story told in the Hindu scriptures of King Hyranya Kashipu and his son Prahalad which sends the message of triumph of good over evil. 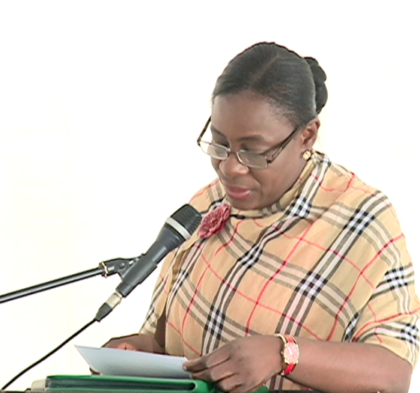 Minister within the Ministry of Education, Nicolette Henry speaking at the ministry’s Annual Phagwah celebrations

Minister within the Ministry of Education, Nicolette Henry during brief remarks at the event which was held at the Ministry’s Main Street office, said that Guyana is one of few countries blessed with many cultures.

“May it bring joy, peace, health and wealth to you; may the festivities brighten your lives and those near and dear to you,” Minister Henry said while extending Phagwah greetings to all Guyanese. She expressed hope that Guyanese can appreciate and enjoy each other’s culture, in keeping with the country’s motto, ‘One People, One Nation, and One Destiny’.

Persons were treated to cultural presentations in the form dance, songs, tassa drumming and a fashion display by members of the Cove and John Ashram.

Prime Minister Nagamootoo stated that, “This year’s celebration coincides with the observance of the 100th Anniversary of the Abolition of Indian Indentureship. The ending of that system of exploitation of cheap labour, is indeed a triumph of good over evil. We are forever indebted to our Indian ancestors for preserving, against great odds, their religion, their rituals and their festivities, such as Phagwah, and Diwali, Mother Kali Puja and Yesu Kathas, Eid-ul-Adha, Youman Nabi, as well as other Christian ceremonies.”

The Prime Minister added that, “Though we face our challenges, we must all work together to overcome them, and to realise our common hope for the good life for all.”

President David Granger speaking at a recent mela and cultural event hosted by the Hindu Swayamsevak Sangh to mark the 100th year since the abolition of Indian indentureship in Guyana, declared that there will be three national days of observance.

On March 12, President Granger is expected to officially announce that day as a national day of observance. The following day (March 13), Guyana will observe 104 years since the Rose Hall Estate Massacre where 15 persons were killed. That event is usually observed on different days in March each year.

The Head of State said that on May 3, the Government will officially declare that day as Portuguese Day since that is the day that ethnic group arrived in what was then British Guiana. 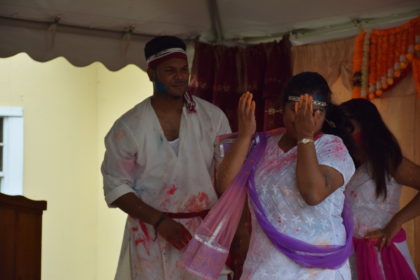 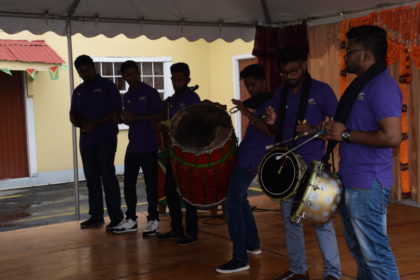