Young people from the ages of three to 15 recently completed a one-week football camp at the Vurlon Mills Academy. The camp allowed the youths to hone their skills under the guidance of Mills who is a former National footballer and other FIFA recognised coaches.

The recently concluded camp saw the participation of both boys and girls at the Carifesta Sports Complex. Mills said the camp aimed to foster young talent that will be able to represent Guyana at the highest level. 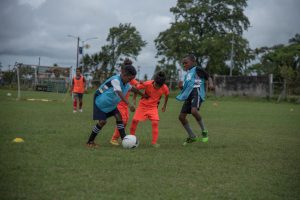 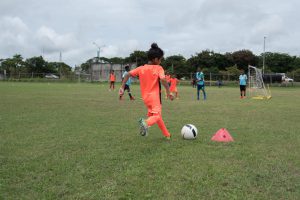 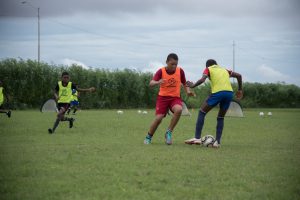 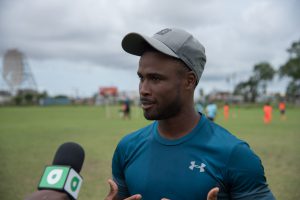 All sessions were age-appropriate for effective development. During the camp, the young people were taught the basics in the discipline and how they can effectively become a better footballer.

The camp, according to Mills, has been a success as he has received a lot of positive feedback from the parents of the young participants. Many were amazed at how quickly their children have developed in a short space of time.

However, even though the camp has ended, Mills said interested persons can contact him on 592-608-1130 to get registered for the next camp. Starting from September, the fee will be $8,000 per month on and training sessions will be held on every Wednesday, Friday and Saturdays from 4:00pm to 5:30pm.