The Guyana Civil Aviation Authority (GCAA) has made significant strides through the initial installment of the aeronautical surveillance equipment last year. Further improvements are forthcoming with the agency having several new projects slated to come on stream. 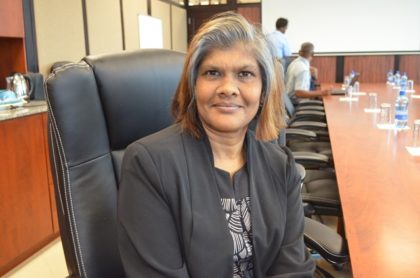 Chitrani Heeralall, Acting Director, Guyana Civil Aviation Authority (GCAA), told the Government Information Agency (GINA) that the GCAA had introduced the aeronautical surveillance project for the upper airspace, and it will continue the plan to incorporate the low airspace for complete surveillance coverage in both airspaces. Currently 85 percent of traffic transmits in the upper level airspace.

Four Video Home Systems (VHS) stations will be will be operationalised by the end of the third quarter next year in Kaieteur, Annai, Kamarang and Port Kaituma for sufficient coverage in the transmission of the signals, Heeralall said.

Additionally, efforts are underway to establish a certified air navigation school and an advanced simulator to train persons to transition from training into operations. The sum of $380M was allocated to the agency in the 2016 national budget for the completion of projects.

Meanwhile, Egbert Field who was recently appointed Director General of the GCAA told GINA his vision is to enhance aviation safety with the help of the staff. Field said, “One of the main things we will be aiming for is safe skies, safety, ensure that the operators are operating in compliance with the rules and regulations, and by doing that with the safe skies we’ll have safe travelling and passage.” This, Field believes, will remove all fears from the travelling public. 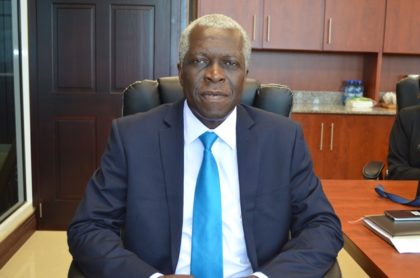 Field pointed out that the agency has experienced several challenges including staff shortage and the absence of a headquarter among others. The agency is therefore, striving to employ “disciplined, intelligent, bright youngsters to build our capacity towards the future.”

The agency is also in the process of creating an architectural drawing which will include all the necessary elements for a new headquarter. These initiatives will boost both domestic and international operations. “It will be a tremendous industry since we are on the verge of breaking ground, in terms of oil extraction,” Field explained.

GCAA was established in March 2002 through the Civil Aviation Act 2000.