Ghana’s President Nana Akufo-Addo has placed his country’s support one hundred per cent behind developments here in Guyana. One of those areas is transport.

“There are other areas of cooperation that we want to undertake; in Education and transportation, a direct link between Accra and Georgetown,” he noted. 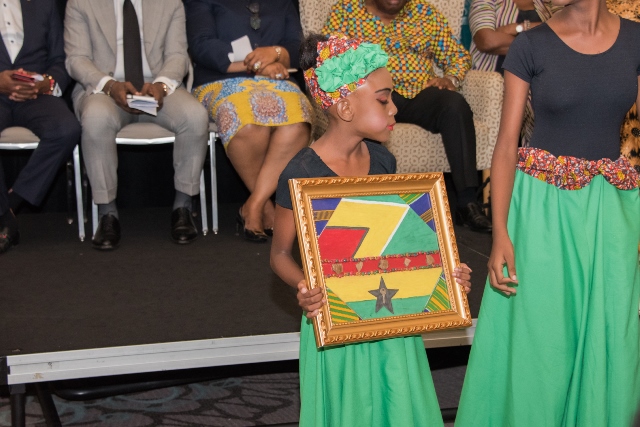 Young members of the Ghana Day Organisation display a plaque made for H.E Nana Akufo-Addo. 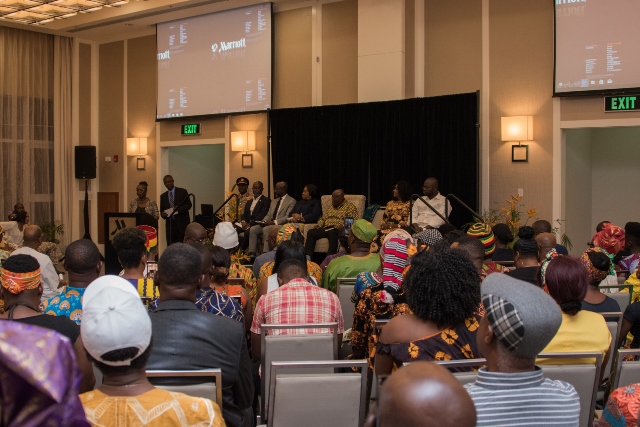 President Nana Akufo-Addo along with members of his visiting delegation during a meeting with the Ghana Diaspora and local representatives from African Organisations.

A section of the gathering at the meeting.

He made this announcement during a meeting on Tuesday evening, hosted at the Marriott Hotel, with the Ghana Diaspora and local representatives from African Organisations.

The meeting is reminiscent of talks held between then Minister within the Ministry of Public Infrastructure, Annette Ferguson, and Ghana’s Minister of Aviation, Joseph Kofi Adda, to open up international air transport between the two nations.

The Ghanaian Head of State said he was aware of the events that were taking place in Guyana, with respect to the country’s economic future.

“Big oil discovery, we in Ghana have been going through some of the events that are unfolding here” he noted. Adding that everything must be done to ensure proper management of the new sources of potential wealth.

In the meantime, as he opened the floor for questions and comments from the audience, the Ghanaian leader was directly asked about his position on women in leadership, particularly in his own country. He swiftly responded stating that “a woman will one day be President of Ghana.”

Among the groups to meet with the West African leader were The Ghana Day Organisation and the Nigerian Association of Guyana.