Minister of Natural Resources, the Hon. Raphael Trotman has reiterated that the government stands to benefit in its Production Sharing Agreement with ExxonMobil. 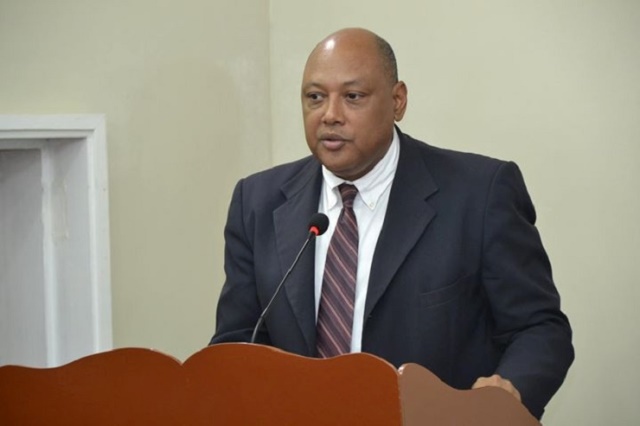 According to the agreement; the average range for countries is between 45 and 70 percent, and in the case of Guyana and ExxonMobil, the government has a take of 59 percent.

Minister Trotman made the comment during an interview on Kaieteur Radio, in relation to criticisms that government will not benefit nearly as it should, in the ExxonMobil deal. But he noted this is not the case.

“So, if the maximum is 70 and the minimum is 45 and Guyana finds itself taking in 59 percent how is it that I could be accused or the government could be accused of giving away the wealth for less” Min. Trotman noted.

Quoting various international reports on the deal, the Minister reiterated that Guyana will benefit regardless.

“Even at a low price of oil, GY $10,000 per barrel, Guyana will still earn approximately US$51 billion,” Minister Trotman stated.

He further explained that this was projected by an independent energy research company, RYSTAD Energy in 2018, not taking into account future discoveries by ExxonMobil.

Since then Minister Trotman stated that RYSTAD Energy, an independent energy research company which provides data and analytics of the energy industry across the globe, has updated its projections of Guyana’s earnings of 120 billion dollars.

The Natural Resources Minister noted that while there could be improvements in some areas, even the International Monetary Fund (IMF) report states that the effective royalty rate (2 percent) plus, after cost recovery, Guyana is still rating higher than the conventional rate.