GWI customers urged to be more aware of water usage

(Georgetown, Friday, February 1, 2019)- Guyana Water Incorporated customers countrywide are being urged to be more aware of their water usage. This was brought to the fore in light of concerns raised about unusually high water bills during recent protest action in Region 6 (East Berbice/Corentyne).

During a press conference at the New Amsterdam Town Hall on Friday, 1st February, 2019, Guyana Water Incorporated officials addressed these concerns in the presence of regional officials and media operatives. 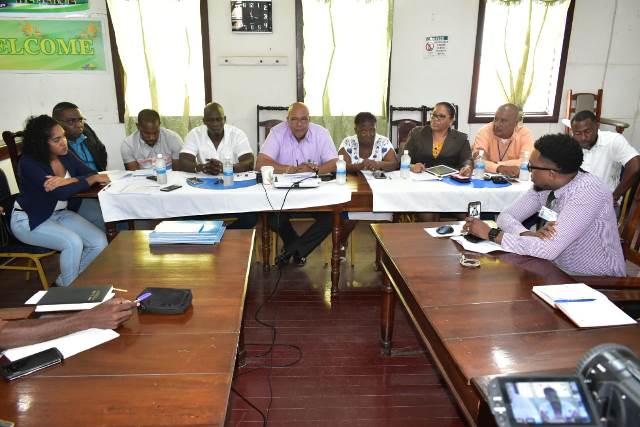 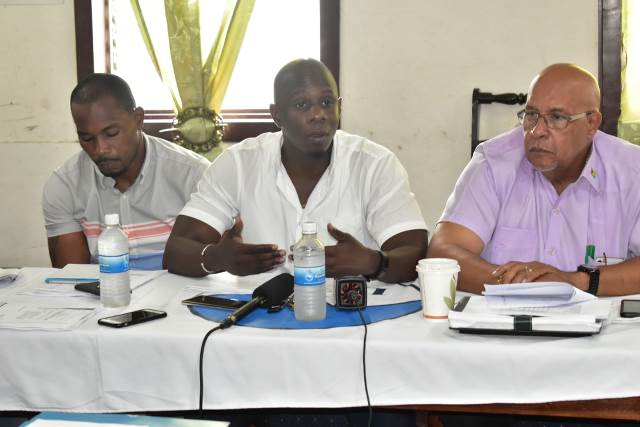 Water consumption is calculated using cubic meters, with one cubic meter being equivalent to 220 imperial gallons. This amounts to approximately half of a 450 gallon black tank.

“In that regard, you know over the last 6 months we’ve been working with the customers in Sheet Anchor/Canefield area a lot. They would’ve moved from unmetered to metered customers and what we’ve seen is that they’re using quite a large volume of water. We have customers that are using 310 cubic meters. That’s 150 (450 gallon) black tanks a month,” Mr. Shako said.

He added that this indicates that there may be leakages on the property or a tank which is constantly overflowing. GWI’s records have shown that over 100 customers in Sheet Anchor are registering more than 100 cubic meters of water, which is equivalent to more than 50 black tanks a month.

The Operations Director encouraged customers to install float valves in their water tanks in order to prevent overflowing.

Meanwhile, in response to concerns raised by residents of Region 6 regarding GWI’s new rates, Dr. Van West-Charles took the opportunity to reiterate that members of the public were given the opportunity to raise their concerns at several public hearings hosted by the Public Utilities Commission (PUC) from February to August, 2018.

During this period, GWI made its representation to the PUC, a body which the Managing Director stressed was the one to approve the new rates that took effect on October 1, 2018.

He highlighted that GWI made its presentation to the PUC for harmonization of rates and the common understanding is that it costs the same amount to treat or pump the water in a rural community as it does in an urban community. Therefore, the rates were harmonized.

A major feature of the harmonisation of the rates is the introduction of a $250 fixed charge per customer, which Dr. Van West-Charles pointed out, will go towards improving the distribution network countrywide. As approved by the PUC, this monthly fixed charge will then be moved to $500 effective October 1, 2019.

The Managing Director said that GWI Managers in the respective regions are equipped to answer questions customers may have regarding the utility’s new rates and other concerns they may have.