Medex, medical transportation, doctors quarters, x-ray machines and available medication were amongst some of the concerns raised by the villagers of Micobie Village at a meeting held following the government outreach in Mahdia earlier on Friday.

At the Micobie village meeting, Minister of Foreign Affairs, Hon. Dr. Karen Cummings and Minister within the Ministry of Indigenous Peoples’ Affairs, Hon. Valerie Garrido-Lowe were well received by the villagers who were happy to have their ministers in their hometown.

The villagers were advised on what will be done moving forward in terms of drug supply for the area. Minister Cummings further offered a piece of valuable advice to the residents, that they not under-report the number of drugs needed as this could lead to a glut of unused medication. She also gave her assurance that their needs in this particular area will be addressed.

“I am going to enquire and make sure you are receiving adequate drugs,” she said. 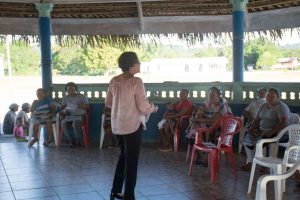 Minister within the Ministry of Indigenous Peoples’ Affairs, Hon. Valerie Garrido-Lowe addresses the villagers of Micobie 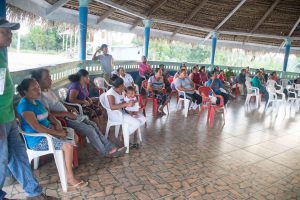 A section of the gathering at the meeting 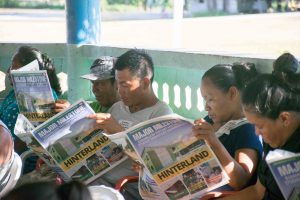 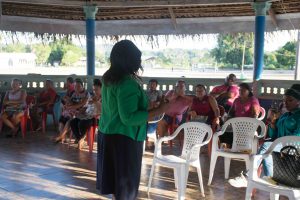 A promise was also made to address the need for medex and doctors in the village, a task which will be handed to the Minister of Public Health. Under the same sector, the need for an X-ray machine was raised. Minister Cummings explained that the government is willing to provide the machine to aid with services needed in this area. However, persons will have to be trained to effectively use the machine.

Also at the meeting, Minister Garrido-Lowe pledged to have a fully equipped workshop established in the community by next year, so that students graduating from the Kuru Kuru Training College can utilise their newly acquired skills.

At the end of the meeting, she donated football gear to the village team, encouraging them to compete and win at the upcoming Hinterland Games.