The talents of nursery school pupils, teachers and stakeholders were showcased in the form of song, dance and skit at a grand concert held today, at the Police Officers’ Mess, Eve Leary. 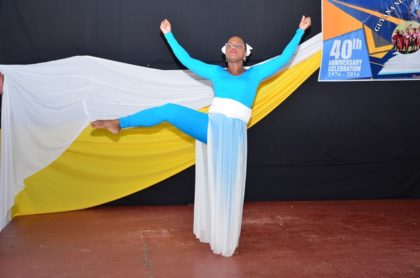 Teacher from Head Start Nursery performs a dance at the concert

The concert is the third in a series of events staged by the Ministry of Education as part of Education Month activities, and to mark 40 years of development in Early Childhood/Nursery Education in Guyana.

The event which was emceed by local television personality Travis Chase featured performances from the pupils, teachers, parents and friends of several nursery schools across the country including Ascension, Bel Air, Head Start and Smyth Street. 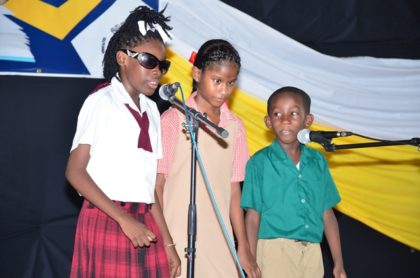 Returning extra-curricular activities such as music and theatre to the curricula, is  high on the administration’s focus, as it seeks  to promote a well-balanced school life for students, deviating from the limitations of routine academic life.

In addition to the concert, other events that have been held to mark the milestone include an exhibition of teaching/learning materials on Wednesday at the Liana Nursery School and the launch of Read. Play. Love Early Childhood Education Campaign at the Roxanne Burnham Nursery School. 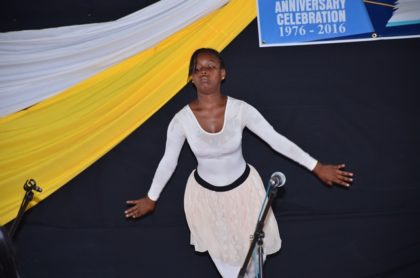 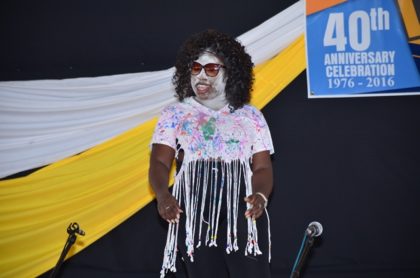 A teacher from the Ascension Nursery School perform a poem, titled “Cocaine” at the concert 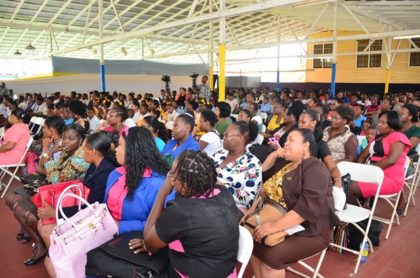 Parents, teachers, children and friends at the concert to mark 40 years of development in Early Childhood/Nursery Education in Guyana at the Police Officers’ Mess