—“Everyone, everywhere in Guyana must receive the same quality healthcare” – Min. Lawrence

A total of $300Million was invested to have the facility become operational. This was after a commitment was made by the Coalition government to provide optimum healthcare to the residents of Matarkai sub-district. In total $959 Million was pumped into the project

Minister Lawrence noted that getting to this point was challenging and rewarding for all involved in achieving this significant goal.

“We want to eliminate every mitigating factor in quality health care… Everyone, everywhere in Guyana must receive the same quality healthcare,” she noted.

With the opening of this facility comes many firsts for the health sector in this part of the country Regional Health Officer, Dr. Steven Cheefoon outlined some of these.

The Port Kaituma District Hospital is the only health facility in the region with a water filtration system and wastewater treatment system, catering to a maximized environmental health effort. 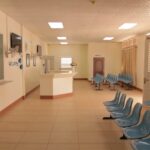 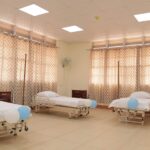 One of the wards in the Port Kaituma Hospital 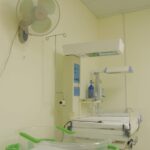 A section of the Neo-natal ward 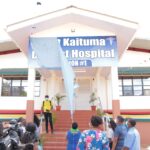 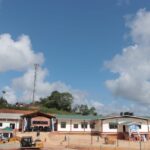 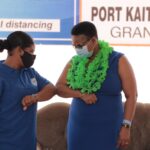 Also, the district will have an Internal medicine specialist and a paediatrician working out of the sub-district for the first time.

Residents will no longer have to travel to Mabaruma (where the regional hospital is) or take a flight to Georgetown to laboratory services, radiology, treatment for infectious diseases and rehabilitation services among others.

Since the hospital will cater to a wider range of services, more persons from the region will be trained and employed, creating an economic push for region One.

The construction of this facility began in 2014 with the previous administration contracting the project to R. Bassoo and Sons, and Kalitech as the supervisory consultancy firm overseeing the project. The initial project was valued at $700M.

It was abandoned due to many issues including the fact that there was no clear vision for the execution of the project.

Former RHO for the region, Dr. Nigel Langhorne testified that in addition to the old structure being inappropriately located there were several occupational and environmental hazards hampering the efficient delivery of health care services.

Also, the structure of the old hospital did not allow for expansion to accommodate new services.

Dr. Langhorne said it was while he served that the concept of the new hospital was birthed.

Since the Coalition administration took office in 2015, the Port Kaituma hospital has been in their sight for development.

The now Ministry of Public Health has injected additional sums of money to modify the existing structure, making it safe and more conducive to stand as the modern hospital the region needs.

International Imports and Supplies is one of the firms contracted to complete all corrective works to the facility and works are ongoing. The contract period will run up until June 2020.