Representatives of several Ministries of the government today, held a high-level dialogue aimed at developing a comprehensive approach to address programming for adolescents and youth.

The dialogue was hosted by the Ministry of Social Protection in collaboration with the United Nations Population Fund (UNPF), at the Arthur Chung Convention Centre (ACCC), Liliendaal. 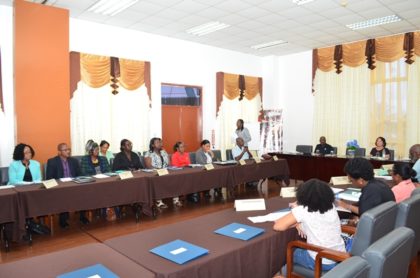 Representatives at the high-level policy dialogue on adolescents and youths

The discussions are intended to facilitate a coherent, cohesive approach to the issues which directly impact adolescents and young people.

Representatives participating in the discussions were drawn from the Ministries of Public Security, Communities, Public Health, and Education, and the judicial sector and other stakeholders in policy development for young people.

Adolescents and youth represent more than 50 percent of Guyana’s population and are considered some of the most vulnerable in society. The UNFPA in 2014 recorded Guyana as having the highest adolescent pregnancy rate in the Caribbean.

First Lady, Mrs Sandra Granger who was part of the discussions noted that a multi-sectoral approach is the surest way to address issues like adolescent pregnancy. The First Lady encouraged that consideration be given to include every stakeholder on these issues. 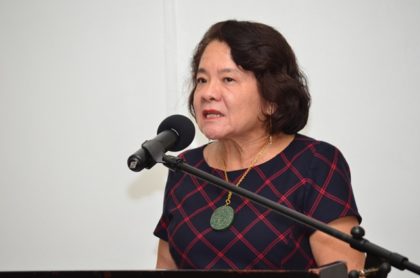 “Collaboration and coordination can contribute safe places and provide resources for the development of stronger, safer communities in which our adolescents and young people can come together, learn together, grow together, develop friendships and build strong stable communities in which every citizen is a valued and valuable member,” the First Lady noted.

Meanwhile, Minister of Social Protection Volda Lawrence said her ministry recognised that addressing the problems facing youth and adolescents, “is not a one person job.”

Minister Lawrence said, developing a programmes to address these issues, sends a strong signal to youths and adolescents that government’s mandate is to ensure, “that the door of opportunities is also open for them, irrespective of their social standing.”

“We have to think about what are the opportunities and choices we are giving to them so that they can be an asset to society, and also enjoy the good life that we speak of as a government,” Minister Lawrence told the gathering. 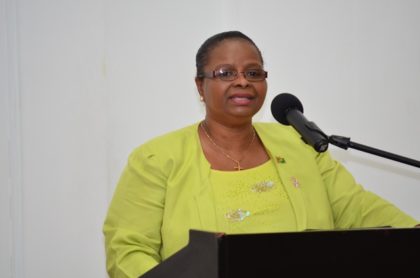 The First Lady also encouraged regular meetings to update programmes and policies targeting young people. “Representatives of the relevant organisations and institutions can also meet periodically to review their activities and determine whether adjustments need to be made to suit the needs of a specific group or community,” Mrs Granger said.

UNFPA Youth Advisor Mark Ross said the attendees developed a call to action at that symposium which read, “Call on the Government of Guyana to facilitate a multi-sectoral approach to address the issues, challenges and programming for adolescents and youths so as to facilitate the development of their fullest potential and that every boy and girl live in a safe and secure community.”