The National Mining Syndicate has launched its constitution. The legal document was officially handed over to the organisation earlier today, by Minister of Natural Resources, Hon. Raphael Trotman.

The minister noted that the legal document will bring about the much-needed structure to ensure proper conduct.

“I encourage you always, members of the syndicates to focus on the original intent of those who brought it into being,” he urged the NMS body.

The Natural Resources Minister then issued a challenge to the Syndicate body and miners everywhere, to examine the purpose of the constitution.

“Why did they [original framers of the constitution] want [it] or do you want [a constitution] today, and what will you intend to achieve from it in the future.”

Minister Trotman said today’s launch was also a statement of the government’s commitment to the National Mining Syndicate umbrella body and its constituent members, and a salute to miners everywhere.

“Mining is a part of our socio-economic fabric of Guyana, and its tapestry… Miners, mining and the resources extracted are, in our view, the cradle of our economy,” he stated.

Participants of the (2019) 3rd batch of the Youth in Natural Resources Apprenticeship Programme during today’s launch of the NMS Constitution. 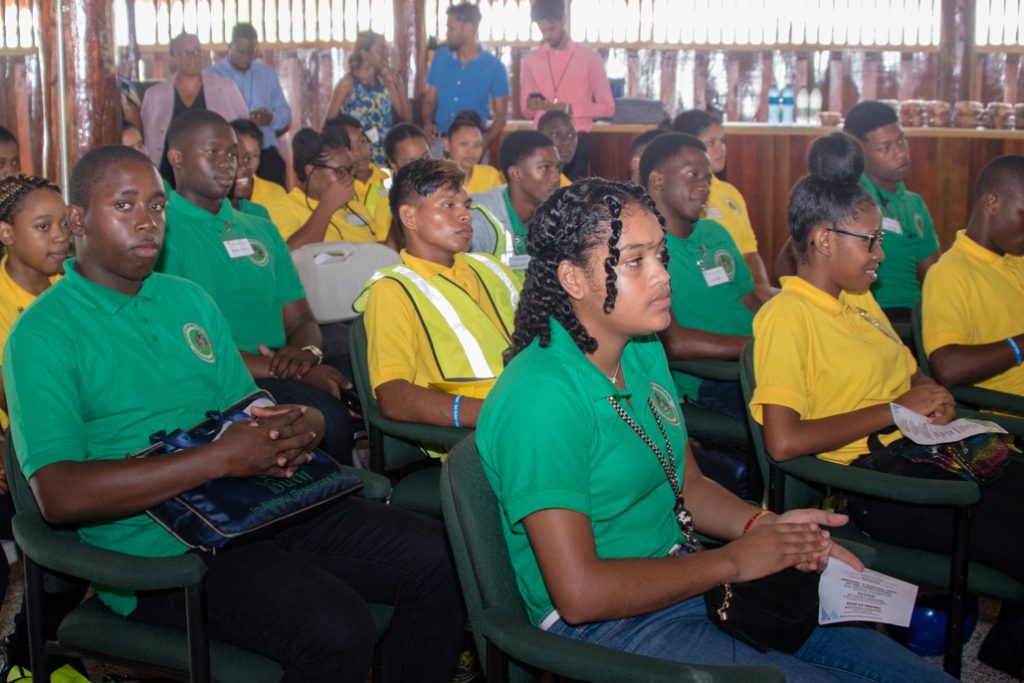 Participants of the (2019) 3rd batch of the Youth in Natural Resources Apprenticeship Programme during today’s launch of the NMS Constitution. 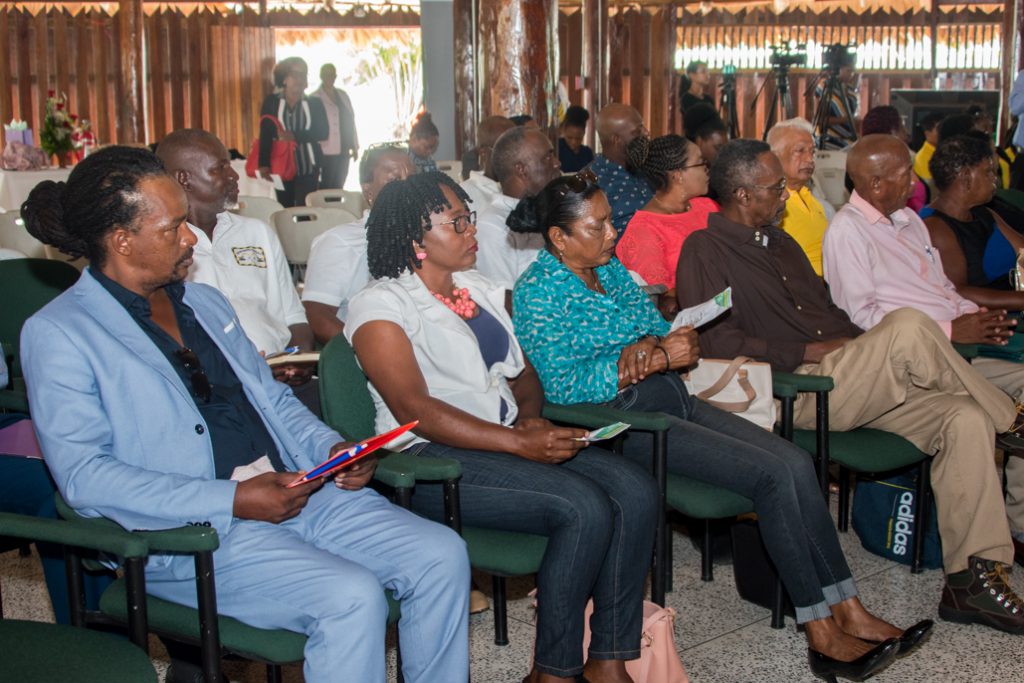 Members of the National Mining Syndicate during the launch of the NMS Constitution.

In the meantime, one year after being elected, its first female president, Cheryl Williams, said she could not have been more pleased that the NMS constitution was now a reality.

“This ensures that we are effectively and meaningfully represented in all mining districts, working towards a safer and more efficient and sustainable industry, focusing on sound environmental practices that will assist in preserving Guyana’s rich biodiversity and ecological corridors that include wildlife, waterways and forestry,” Williams stated.

During today’s launch, acknowledgment was also given to Hon. Simona Broomes, the former Minister within the Ministry of Natural Resources, whose idea it was to form the National Mining Syndicate and who has given much support to women miners.