‘No case of fraud since introduction of new birth certificate’ – Min. Felix

Minister of Citizenship, Hon. Winston Felix has made it clear that there has been no case of fraud since the introduction of the new birth certificates. This disclosure was made during a recent press conference.

According to the minister, when the Coalition assumed office, one of the first things they did was to create a birth certificate with security features. 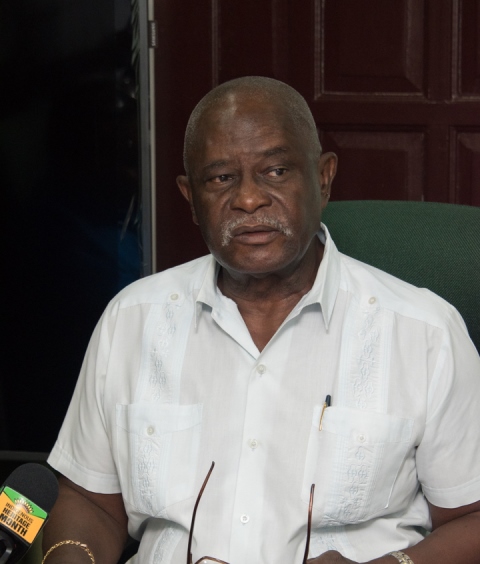 “Since those birth certificates are in use, we have not had one case of fraud, not one!” Minister Felix underscored.

This comes on the heels of reports of several fake birth certificates surfacing in the Upper Takutu-Upper Essequibo Region during the recent House-to-House Registration process. It was found that persons were attempting to be registered using these documents. However, the attempt was thwarted as the enumerators were informed on how to spot such irregularities. Minister Felix indicated that the issue of the forged birth certificates which surfaced is “under investigation”.

He also reported that his department receives over 100 requests for visas and work permits to work in the oil and gas sector; and anticipates that the numbers can increase.

“I gather that the numbers can pick up when other oil blocks come into operation.”

The minister noted that his department has been dealing with such requests for over a year.

“We are dealing with the current applications for permits with a degree of efficiency, which does not disrupt the works on the drill ships, and we have been doing so for over a year now,” he said.

While there are few hiccups, Minister Felix pointed out that there are no areas of weakness that are insurmountable. He added that the department has been addressing these as they arise.

“We work closely with the oil companies… so if the oil companies feel that there is a backlog in their applications, they would inform us, we would meet and discuss to sort out the issues,” he stated.