The Organisation of American States (OAS) has partnered with the government of Guyana through the Ministry of Social Cohesion to host a three-day workshop to spread awareness of the Sustainable Heritage Tourism Endorsement Programme.

The workshop highlighted the public and private benefits of sustainable development and entrepreneurship in Guyana’s heritage sector. This will begin the formulation of a checklist of sustainability criteria for local heritage products and services to be endorsed and marketed.

The workshop commenced on August 22 and concluded August 24, 2018, and was facilitated at Cara Lodge in Quamina Street.

Participants of the workshop

Permanent Secretary of the Ministry of Social Cohesion with responsibility Culture, Youth and Sport, Melissa Tucker

OAS Assistant Secretary-General, Nestor Mendez explained that this current phase of the project focuses on assisting the beneficiary countries to develop the economic potential of their cultural heritage. He added that it will be implemented in five countries, namely Barbados, Guyana, Jamaica, St. Lucia and Bahamas

“I am confident that by the end of this workshop Guyana, St. Lucia and Jamaica will see a tide of benefits as you are further motivated in your field of deliberation.”

He noted that with the development and the sustainability of national heritage tourism there are some benefits attached to this move. “In an effort to improve the quality of life of all peoples, member states recognize that supporting and investing in culture contributes to economic and social development, the creation of employment income generation and construction of cultural identities especially among young adults.”

Permanent Secretary of the Ministry of Social Cohesion, Melissa Tucker said the project was a development of a set of criteria to authenticate heritage sites, objects and services.

“Once authenticated, the heritage sites, objects and services would be given an endorsement stamp or seal that would indicate to consumers that the products they are purchasing are genuine and are endorsed by the government of Guyana.”

Tucker added that the assurance of authenticity will encourage tourists and other visitors to Guyana to spend more and to tell others about it. Spinoffs, as a result of having this aspect of tourism developed, include increased revenue for the country, development of cottage industries and increased employment opportunities.

The sustainability of heritage tourism speaks to the need for the protection and promotion of cultural heritage. These were identified as priority areas during the Inter-American Meetings of Ministers and High Authorities of Culture over the last decades.

Members of Caribbean States expressed interest in receiving technical support for the development and preservation of heritage through the efforts of the Inter-American Committee on Culture (CIC).

The project: “Expanding the Socio-Economic potential of cultural heritage in the Caribbean” is designed to focus on the rich heritage resources of the Caribbean as a prototype of similar initiatives in other regions of the Americas.  It stresses long-term planning for conservation, full integration with the political, economic, and social life of the population, and sustainable frameworks for public participation in the coming decades. 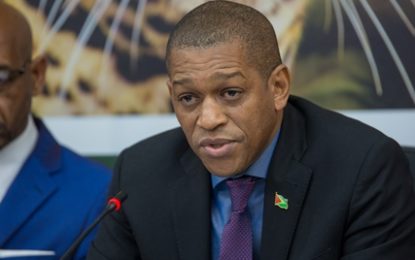 Author Details Anara Khan Author email anara.khan@dpi.gov.gy DPI, Guyana, Monday, May 25, 2020 As Guyana’s oil and gas sector continues to grow and diversify, Director of the Department of Energy Dr. Mark Bynoe has stated that it is important to explore potential downstream activities. The Energy... END_OF_DOCUMENT_TOKEN_TO_BE_REPLACED