Over 50 bicycles, boat handed over to students of Mabaruma

The boat which was commissioned. 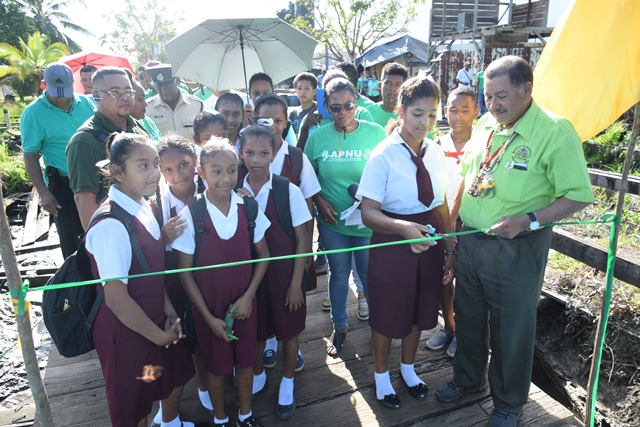 Minister of Indigenous Peoples’ Affairs, Sydney Allicock and the students during the commissioning of the boat. 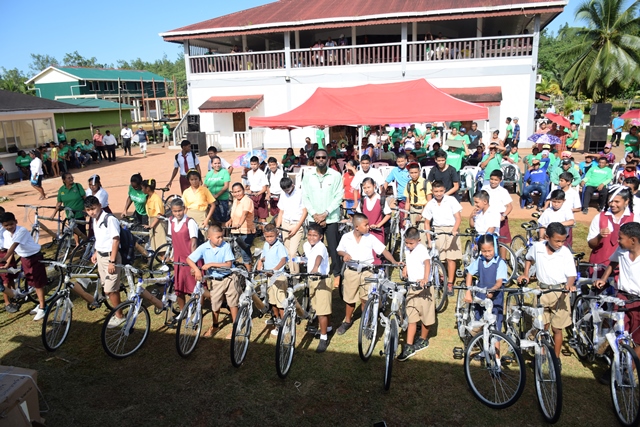 Director of Sport, Christopher Jones along with the students and their bicycles.

Director of Sport, Christopher Jones handing over a bicycle to one of the students. 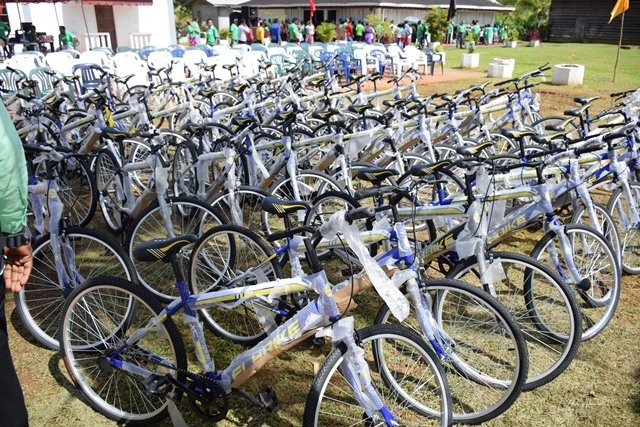 The bicycles distributed to the students of Mabaruma.

In his remarks, Minister Allicock explained that the five-B initiative was in response to the needs identified by the people of Region One and Guyana as a whole.

“It is our aim to assist these students in accessing education because it is the key to success in everything we do. This access to a quality education will allow our children to become visionary leaders and entrepreneurs and will enable them to use the rich resources that are available right at our fingertips in a progressive and productive way.”

Minister Allicock urged the students to take care of the bicycles.

Director of Sports, Christopher Jones, who provided an overview of the Five-Bs programme reminded that the initiative was launched in 2015 by President David Granger on his birth anniversary.

He said Mabaruma can boast of having paved roads, a modern Kumaka market, a green space, a spice factory, solar farm, a radio station, fire station among other significant achievements.

“This process will continue,” Jones said, adding that in terms of development, the Mabaruma municipality is leading the way.

On October 09, Minister of Social Protection, Amna Ally commissioned a David ‘G’ School Bus in the East Canje Berbice, bringing a total of 29 buses commissioned across the country thus far.