The Prime Minister presented the centenarian with two large hampers, consisting primarily of dietary items, and wished him good health, strength and happiness. He also thanked the veteran for his service and said he is both humbled and inspired by the stories the ex-serviceman shared of his life during their conversation.

He said he was amazed at Mr. Durant’s composure and ability to still recall in much detail, events that occurred so long ago. 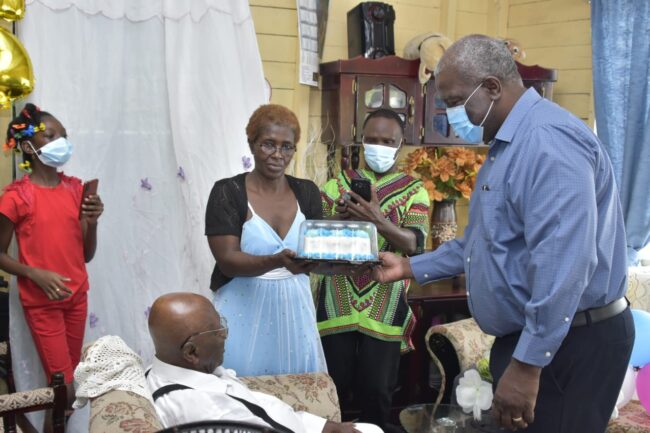 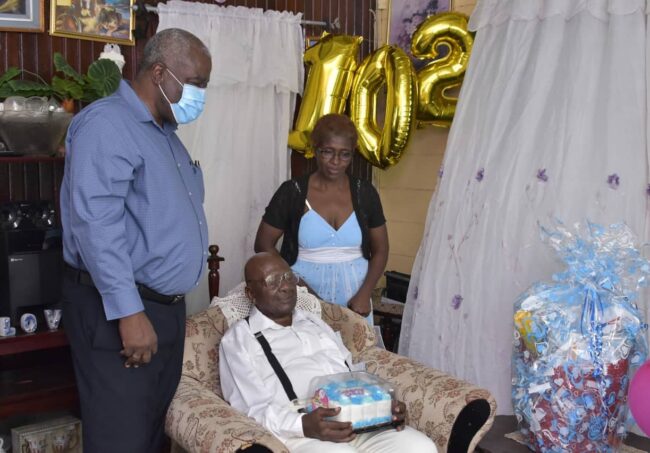 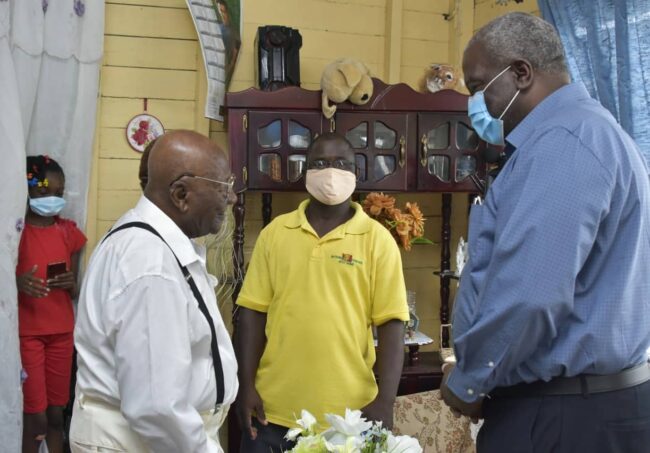 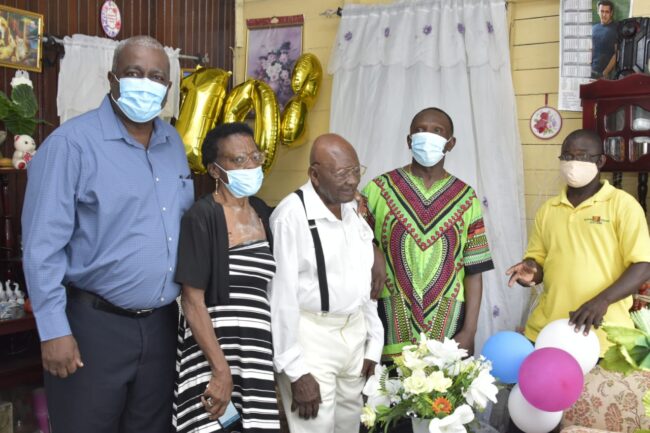 At the time of the visit, Mr. Durant was surrounded by his family, including his wife and two of his children.

The centenarian expressed his sincere appreciation to the Prime Minister and wished him well.

The visit comes on the heels of the Prime Minister pledging $500,000 to the Guyana Veterans Legion (GVL), when he joined President Irfaan Ali and ranks of the Guyana Defence Force (GDF) on November 13 in a wreath-laying ceremony at the Veteran’s Monument, on the front lawn of the GDF, Base Camp Ayanganna.  The ceremony was in memory of the men and women who served in Guyana’s military forces pre- and post-independence.

The President also made a monetary donation to the GVL.