The Police Records Management Information System (PRMIS) was launched today by the Guyana Police Force GPF).  This new programme will ensure efficient record-keeping thereby guaranteeing much-needed information is readily available to officers as they carry out their daily duties. 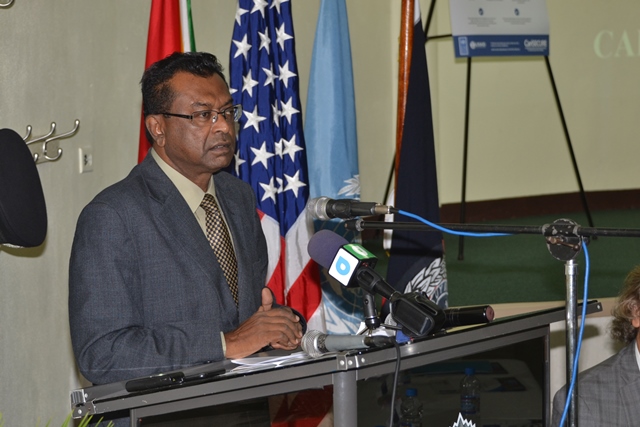 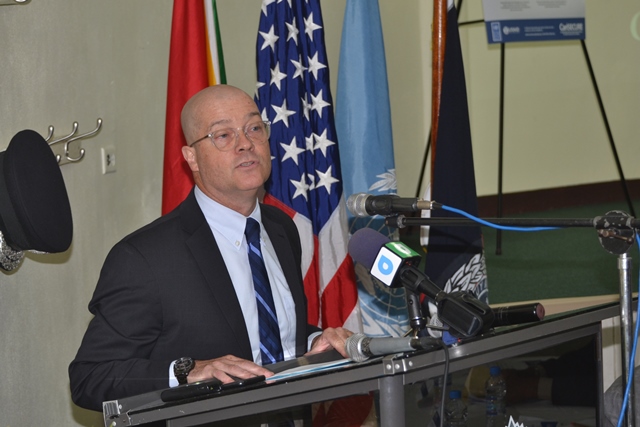 Deputy Chief of Mission of the US Government, Mark Cullinane. 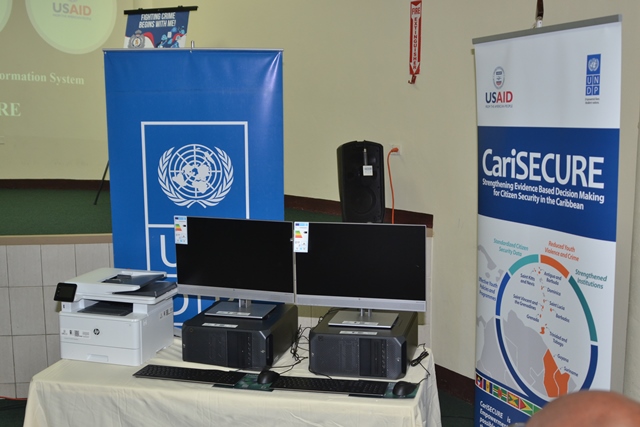 Equipment presented to the Guyana Police Force for its (PRMIS) project.

Earlier today, as he delivered the feature address at the official launch, Minister of Public Security, Hon. Khemraj Ramjattan lauded the programme and acknowledged that this will positively impact the GPF.

“It is an evidence-based approach that will vastly help regional and national institutions in that regard, so literally… what we are talking about here today is vital in the fight against violent crimes,” he stated.

Minister Ramjattan said the Government of Guyana fully endorsed the programme.  Since 2016 it’s endorsement, the programme which was then titled “strengthening evidence-based decision making for citizen security in the Caribbean. Guyana is not the only country… there are nine other countries which are involved in this security data development.”

He reminded that in 2017, the administration appointed a national CariSECURE Task Force for the implementation of this data-driven process.

PRMIS will be implemented for a 6-month trial period at the Alberttown and Fort Wellington Police Stations, before being implemented at other police stations across the country.

Speaking with the Department of Public Information (DPI) following the launch, Commissioner of Police, Leslie James welcomed the programme, however, made it clear that a similar initiative was already in place at the GPF and he was nevertheless pleased since this will be a further enhancement to crime-fighting.

In the meantime, Deputy Chief of Mission of the US Government, Mark Cullinane, who spoke on behalf of the US Ambassador, said as criminals become savvier with the growing use of information technology, so must law enforcement. “It is therefore imperative that law enforcement officials also make clever use of technology to optimize their work in stopping the illegal activities that cost this country, others in the region and its people so much.”

The Deputy Chief of Mission related that the US government was very pleased to partner with the Government of Guyana on the CariSECURE Project.