Pres. Granger to return to Cuba for health check-up

His Excellency, President David Granger, will be returning to Havana, Cuba for a medical check-up on Saturday, October 19, 2019.

He made this disclosure on the sidelines of an accreditation event held at the Ministry of the Presidency earlier on Wednesday. 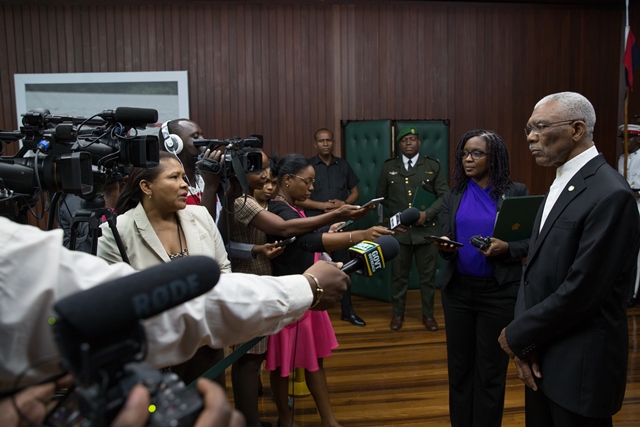 “I have to return to Havana on Saturday… every 90 days I have to go for a check-up,” the president stated.

Last year, the Head of State was diagnosed with Non-Hodgkin Lymphoma. Since then, he has undergone several rounds of radiotherapy treatment. In July 2019, after another round of treatment, the president returned to Guyana having been given the ‘all clear’ by his Team of Medical Specialists in Cuba. The team had expressed their satisfaction with the president’s response to the treatment and his overall physical well-being. According to the medical team, President Granger’s process of recovery was satisfactory.