Regional and Neighbourhood Democratic Councils’ officials must remember that they are working for their respective communities. Minister of Communities, Hon. Ronald Bulkan highlighted this when he gave an update on the second annual National Conference on Local Democratic Organs (NCLDO). 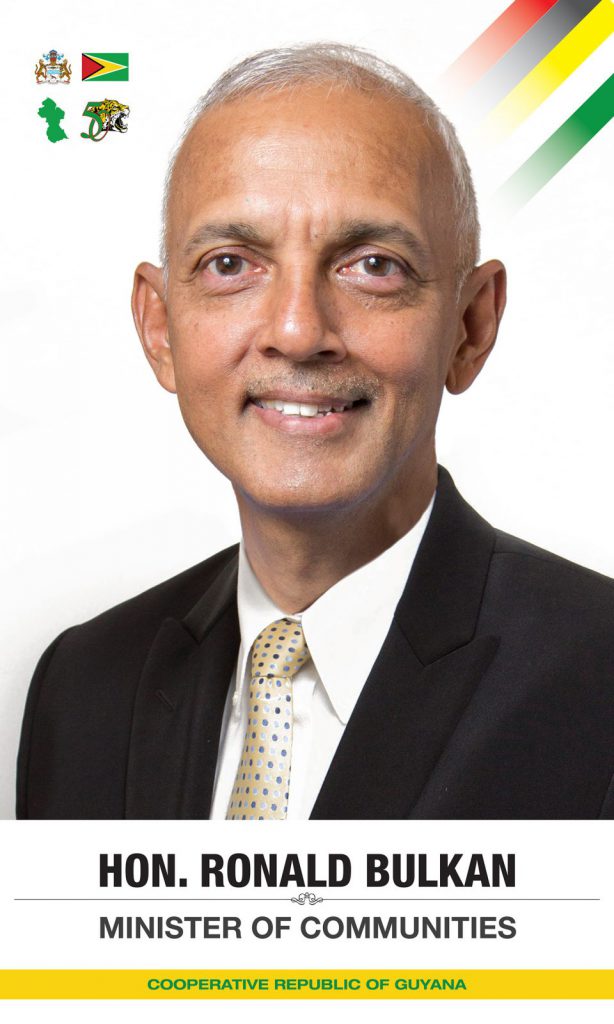 The NLCLDO takes place on July 25 and 26 at the Arthur Chung Conference Centre (ACCC). The first day will see stakeholders being addressed by His Excellency, President David Granger and the Honourable Minister, followed by panel discussions on the objectives.

The minister outlined these as four-fold. “One: provide an update on the implementation progress since the inaugural NCLDO held one year ago. Two: review and prioritise the recommendations of the inaugural NCLDO. Three: develop a plan of action to guide the implementations. Four: stimulate innovation, through improved awareness of the role of local government in achieving local and national development,” he explained.

Minister Bulkan noted that the opposition policy of non-cooperation and participation should be dismissed.

“They should ponder carefully about the benefits that could be gained from such an action, but rather that they have everything to gain by accepting this invitation from the Central Government – this offer of a partnership; instead of an attitude of confrontation, to engage in a spirit of cooperation and collaboration.”

The Communities Minister reiterated the need to put politics aside and urged the elected officials to work for the benefit of their communities.

“It is about people and not politics… One of the messages I always try to leave when I visit communities is that people must take politics out of the management of their communities… We would like to encourage people to take advantage of this opportunity. It is our firm belief that the system has tremendous potential to transform communities from the bottom up.”

The conference is themed, ‘Advancing National Development through Empowered and Innovative Local Democratic Organs in a Green Economy’. Delegates are drawn from the 80 local organs (10 municipalities-Mayors and Deputies, Town Clerks) and the 70 Neighbourhood Democratic Councils (NDCs). The leadership of all ten (10) regional administrations- Regional Chairpersons and Vice-Chairpersons, Regional Executive Officers (REOs) and Councillors from the minority side have been invited to participate in this capacity-building exercise.