The Executive Officer of the President’s Youth Award Republic of Guyana (MS) program, Mr Allister Collins recently travelled to Region 6 to have a firsthand look at the Award’s development and partnerships within the region. 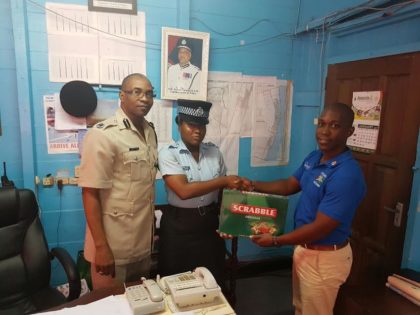 While meeting with Commander Amsterdam, Collins expressed the program commitment to providing opportunities for young people in the Police Youth Development program of the Division. The award program provides participants with the opportunity to complete a skill, be exposed to physical recreation, and community service and expeditions.

The Commander expressed gratitude and noted that the award program compliments the Police’s program. He also welcomed this partnership stating that it addresses the need to develop the youth population in the Division.

Meanwhile, CEO of the New Amsterdam Regional Hospital Mr Bynoe was delighted in learning about the Award program’s offerings.

He noted that such a programme will assist young people of the region and Guyana, in delivering a rounded and formal developmental program.

Following discussions, it was decided that Unit members of the Award will volunteer in the pediatric and maternal wards which form part of their community service activities.

Former boxing champion, Jeff Roberts has come on board to render his coaching services to the interested and talented youths in the sport 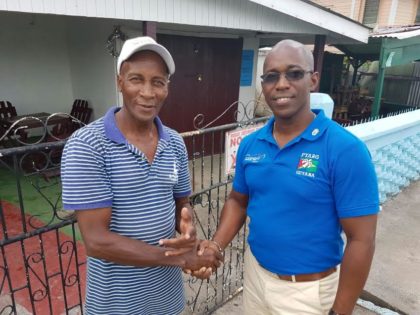 of boxing which will fall under the physical recreation aspect of the award program.

This addition is expected to attract a large number both males and females to the sport.

Roberts who boasts vast experience in the sport at the local and international level has already produced young champions on the local front and others who won international medals at the Peruvian Games.

Collins at the launching ceremony at Tutorial Academy Secondary School informed about the requirements and categories of qualification to enter the programme and further enlightened the new unit members about the wealth of experience they would gain in addition to the opportunities to visit other areas of Guyana.

While interacting with the Unit at the Technical Institute, the members sought clarification on the operation of the award programme in Guyana.

Before leaving Region 6, Collins made several presentations to the Leeds #51 Village Police Youth & Sports Development Group. His presentation to the executive members of the group and representative of the PYARG signaled a continued commitment by the two organisations towards youth development. Importantly, this group consists of about twenty youths who have already passed through the programme and will now be leaders of units following a further training scheduled to be completed before the end of the first quarter of this year. 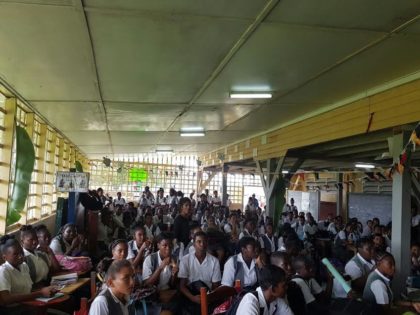 Students of Tutorial Academy Secondary School during the award launch 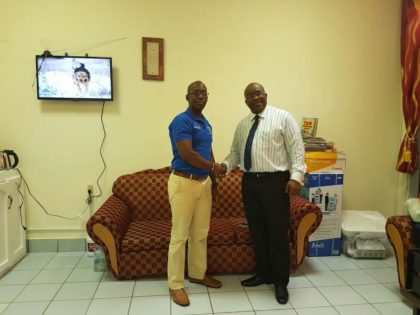 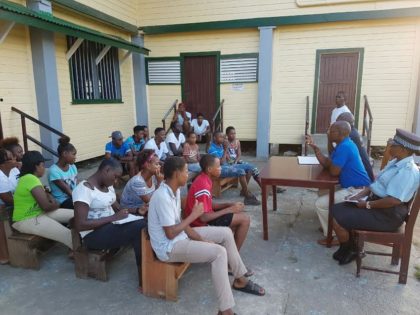