The cries of the residents in the mining community of Mahdia, Region Eight, are being answered with the rehabilitation of the internal roads. Senior Hinterland Engineer, Ministry of Public Infrastructure, Naeem Mohamed said that works on the internal roads are ongoing, despite challenges. 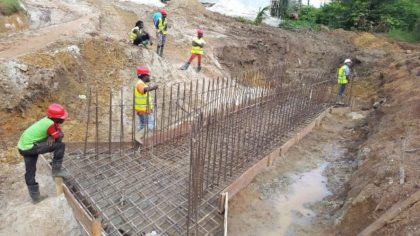 In an interview with the Government Information Agency (GINA), Mohamed said that the contractors are facing challenges with the removal of the Guyana Water Incorporated (GWI), Guyana Power and Light (GPL) and Guyana Telephone Telegraph (GTT) utilities. However, these are being addressed and the contractors are increasing the pace of work. To date 15 percent of the work has been completed.

The approximately $720M allotted in the 2016 budget will see two kilometers of the roads concreted, along with several drains, Mohamed explained.

Additionally, works on the Mabura road will commence shortly. The contractors will be removing slush from the potholes and other areas, and in the dry season laterite material will be added on the road, “so that the road will be more passable in time to come,” Mohamed explained.

The contracts were awarded to J R Ranch Incorporated, but due to the heavy rainfall works were delayed. “It is challenging doing the grading when the rains come when you do on surface road in rainy season it gets more complicated, the material becomes more plastic and there is a difficulty in doing roads when these times come,” Mohamed said. 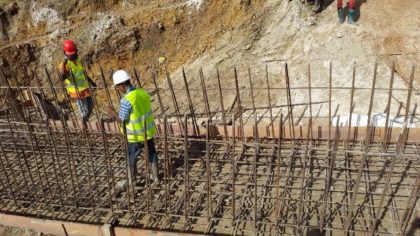 Mohamed pointed out to GINA that maintenance on the roads is usually executed annually, since it would not be economical to carry out periodic maintenance. “We also cannot allow lots of time to pass before we do work on the road so we have to choose the right time to get it done,” Mohammed said.

Early in 2016 when Minister of Natural Resources, Raphael Trotman and a team visited Mahdia, they were apprised of the poor state of roads in the community.

Minister Trotman assured the residents at that time that works were slated to commence this year, since in the 2016 national budget funds were allocated for the paving of roads in Mahdia.

A total of $1.702B has been provided for rehabilitation of hinterland roads in Bartica, Mahdia, Ituni-Kwakwani and the Cassandra Crossing Bridge. 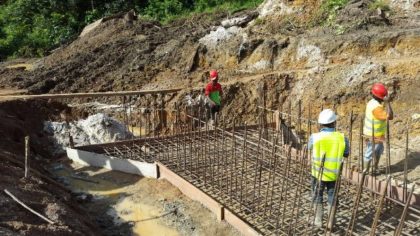