Women have long been involved in agriculture, but even just a generation ago, it was harder for women to take leadership roles on the farm. For Lisa Fraser and her aunt, Doreen Fraser farming is a skill they have mastered.

The Frasers women are two Indigenous women farmers of St. Dominic, a small Indigenous village located in Region One, Barima-Waini.

Lisa, a young mother of one has been involved in farming for as long as she can remember. However, in 2016, she became one of the leading farmers in the village’s ginger cultivation project, managing fifteen acres of land along with her aunt Doreen. 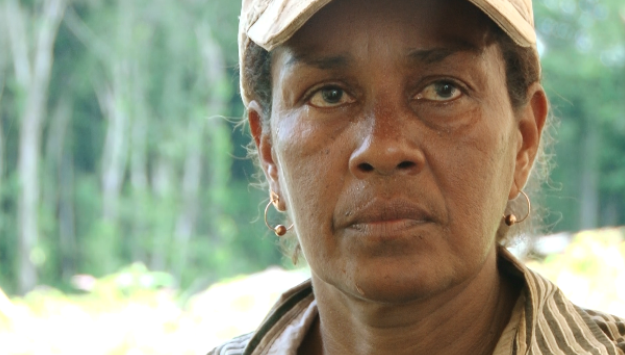 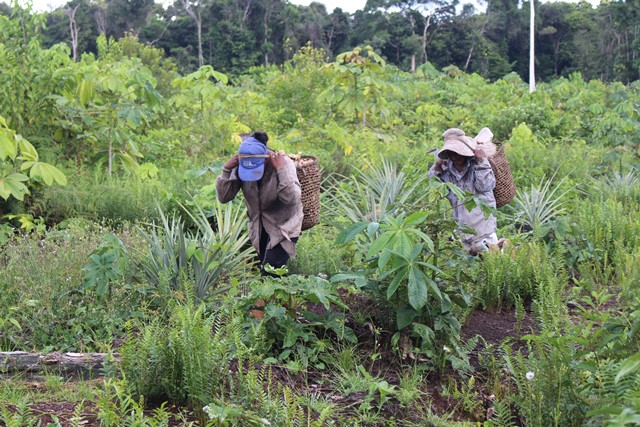 Doreen and Lisa Fraser after harvesting their ginger. 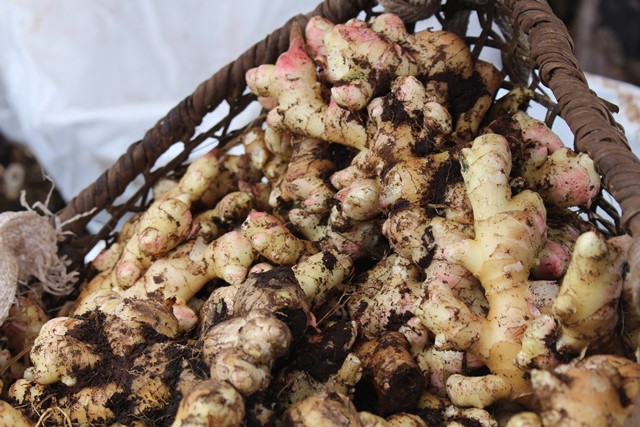 The ginger the women harvested. 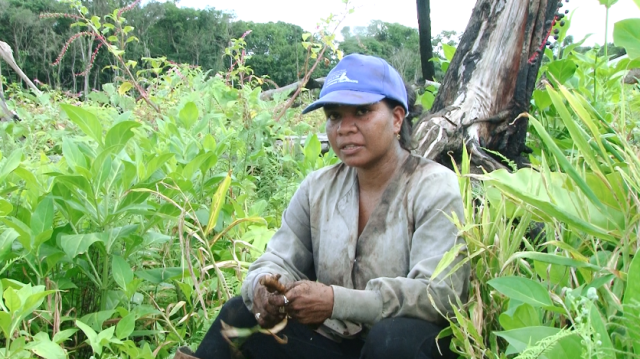 Lisa Fraser in her farm.

“Farming is the only thing we know here, for years we have been doing so this is nothing new to us,” Lisa told the Department of Public Information (DPI).

Under the Amerindian Development Fund (ADF’s) Community Development Plan, in 2016, St. Dominic received $5Million to embark on a ginger farming project. 11 persons were employed under this project, including Lisa and her aunt.

According to Lisa, the project initially began on a small scale but was later expanded as the market demand for ginger rose. She explained that ginger takes about four to five months to harvest and every day herself and Aunt Doreen walk for about an hour to the farm to attend to the plants.

The St. Dominic farmer explained that ginger is the main source of income for many and that revenue earned is used to support the children’s education in the village. “Farming is how we normally earn a livelihood…with the money, we are able to turn it over and sustain our families.”

Doreen, who also served as a chairperson for the village up to 2017, said though ginger is difficult to cultivate, it is considered one of the most profitable crops.

“As you sell the commodity, you get back money to extend another acre…we normally sell to the huskers. Initially, we wanted $200 per pound and so far, we got that amount and even more. we have been getting a fast turn over and we are very satisfied with it.”

Doreen said that she is delighted to be one of two women in her village leading in the agriculture sector; not an uncommon feature in most Indigenous village.

More women are taking leadership roles in agriculture for a variety of reasons — from an interest in growing sustainable food to making a side income to maintain their families. And for some, it’s just something they love doing.