The new ‘Ivan Johnson Snr. floor’ at the Takatu Hotel in Lethem, Region Nine (Upper Takutu-Upper Essequibo) was officially declared openon Friday, in honour of the late Ivan Johnson, founder and owner of the hotel. 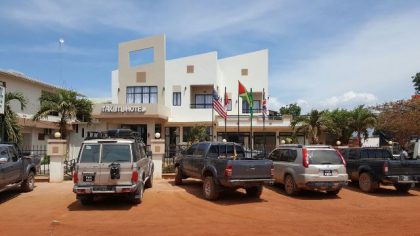 Ivan Johnson is one of the early pioneers of the Rupununi, dating back to the 1940s when he left his home in Berbice and journeyed through the cattle trail to create a livelihood in the Rupununi.

Johnson and his now deceased business partner, Arthur Bobb, started their business in the early 1960s and in 1969 opened the Takutu Guest House in time to accommodate the first Safari Expedition to the Rupununi through the cattle trail.

Throughout the 1980s, Johnson and Bobb were heavily involved in the developmental activities of the Rupununi, including being members of the Rodeo Organising Committee. Through his ranch and guest house, Johnson contributed to the annual rodeo event by providing monetary donations, cattle and vaqueros for the festival.

Minister of Indigenous Peoples’ Affairs, Sydney Allicock, who was among the first group of patrons to stay at the new wing, spoke of the important role that Johnson played in the development of Lethem and the Rupununi. 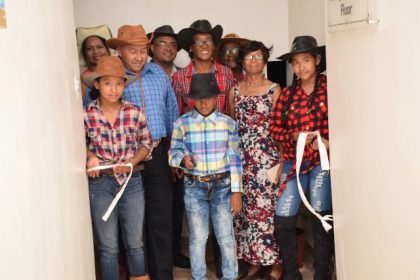 Minister of Indigenous People’s Affairs and the Johnson family (children and grandchildren of Ivan Johnson) cut the ribbon to officially open the Ivan Johnson Snr. floor’ at the Takatu Hotel in Lethem.

Known as a ‘cattle man’ in that part of the region, Minister Allicock said that Johnson was a visionary, “he thought about his family and their future and he had a plan, and that plan was realised, he was able to leave a legacy behind and we should take that legacy and add to what he was able to do here in Lethem.”
The new wing was opened in time for the annual Rupununi Rodeo, which usually sees a large influx of locals and overseas visitors in the area.

Minister Allicock said that the new addition signals the confidence that persons have in the region. “This is a signal that things are happening here in the Rupununi, and that the rodeo is getting bigger and better.”

Prior to 2006, the owners of the Takutu Hotel entertained the patrons and other visitors to the Easter rodeo event with an evening of music and a candlelight dinner. The idea being that after the long and sometimes arduous journey, guests would prefer a quiet night of relaxation before the excitement of the following days of activities.

However, over the past years, the hotel has added a number of other activities to entertain its guest and other persons. Today, the hotel is host and organiser of the Rupununi Pageant, which kick-started the annual Rupununi Rodeo in the border town. 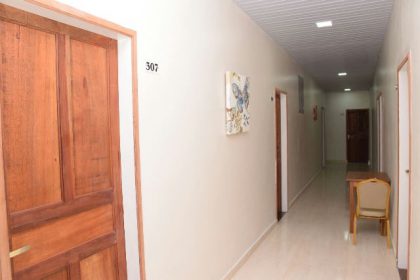 Inside the New wing.