“The process cannot be completed until the Police Service Commission is appointed,” – Pres. Granger on the appointment of GPF’s commissioner

According to President David Granger, speaking on the sidelines of the opening ceremony of the Caribbean Financial Action Task Force’s (CFATF) workshop for judges and prosecutors at the Guyana Pegasus, today, “the process cannot be completed until the Police Service Commission is appointed.” 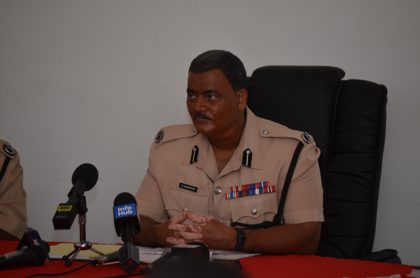 At the April 26 sitting of the National Assembly, Chairperson of the Appointments Committee, Dr. George Norton laid the 11th Report of the Committee on Appointments in relation to the appointment of members of the Commission. The committee unanimously adopted the report during the April 11, 2018 meeting.

The selection process was conducted in accordance with Article 210 (1) (C) of the Constitution which states that “four members appointed by the president upon nomination by the National Assembly after it has consulted such bodies as appear to it to represent the majority of the members of the Police Force and any such body it deems fit.”