Pro-Chancellor of the university, Major General (ret’d), Joseph Singh, while noting the university is now in its 56th year of operation, said that it is crucial that recognition be given to those who have toiled and contributed to the success of this project. 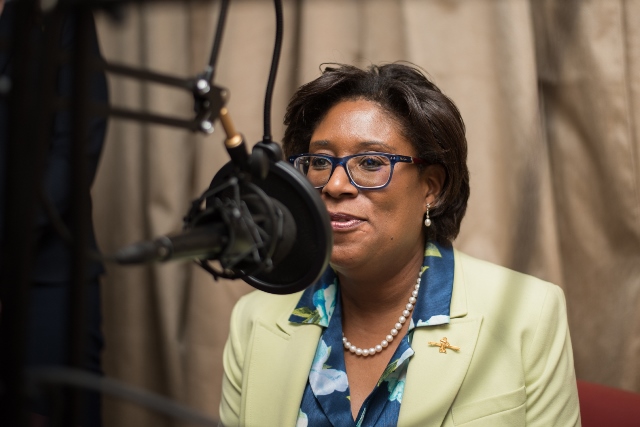 Minister of Public Telecommunications, Hon. Catherine Hughes tests the equipment at the official launch of the University of Guyana’s ‘95.5 Intelligent FM’ radio station. 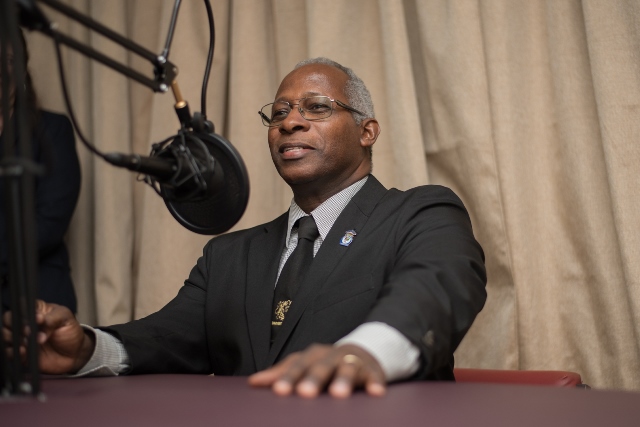 Chairman of the Guyana National Broadcasting Authority (GNBA), Leslie Sobers tries out the equipment in the studio. 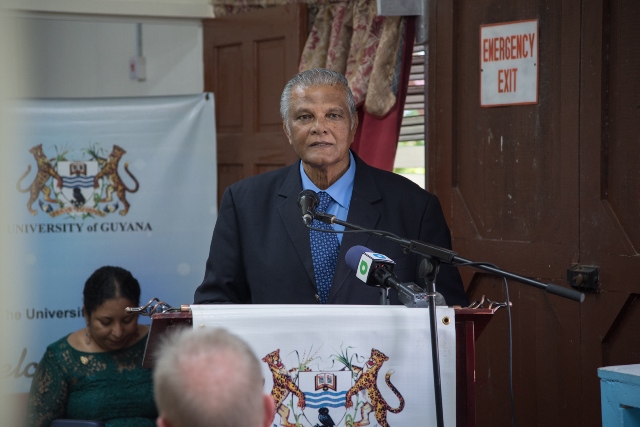 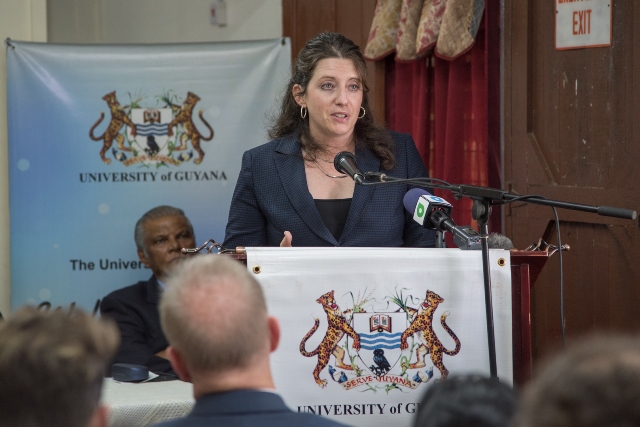 Director of the Centre for Communication Studies, Denise Hopkinson-Braam. 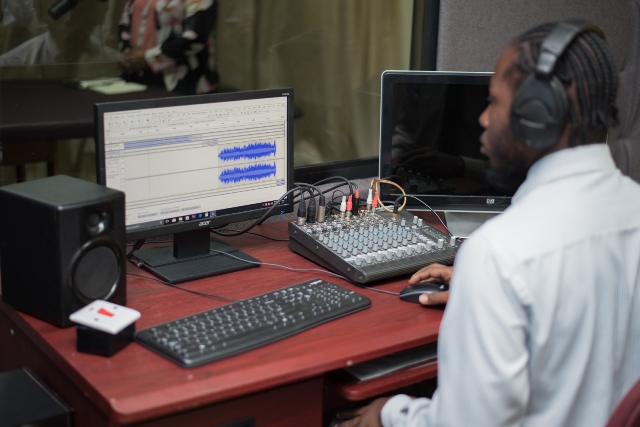 A peek inside the radio station; an operator at the controls.

One of those persons is Director of the Centre for Communication Studies (CCS), Denise Hopkinson-Braam, who shared anecdotes of her time as a student at the institution. She was elated about the completion of the project. “We were students waiting on this and it’s finally here. It’s a dream come through.” She added that the university is now poised and ready to be able to help the community and that the station is ready to provide ‘fit and proper’ content for the airways.

The CCS has been without a radio broadcasting license since 1990 despite its repeated requests for renewal.

After meeting with the Prime Minister, Hon. Moses Nagamootoo, Minister of Public Telecommunications, Hon. Catherine Hughes and then CEO of the Guyana Broadcasting Authority, Dr. Prudence Lewis-Bhola resubmitted its request for radio and TV licenses in 2017.

Minister Hughes relayed her happiness with the final operationalisation of the radio station citing the scores of persons who have been waiting for decades for this dream to become a reality.

“At last, at last, at long last,” Minister Hughes said. “Campus radio has become a reality. I am extremely proud because part of [my father’s dream] for the evolution of broadcasting in Guyana has finally started.”

Additionally, she said that the station would be ‘bridging the gaps’ that exist within the communication and broadcasting training sectors.

Chairman of the Guyana National Broadcasting Authority (GNBA), Leslie Sobers shared his view that the time has come for Guyana to transition to catering to persons living with disabilities; in relation to journalism and broadcasting industries.

The university’s programme of Journalism and Communications has been in existence for more than 35 years. It is one of only a few institutions in the Caribbean region dedicated to training broadcast and print journalists and producers of radio and television programmes.

She relayed that the company is “extremely happy” to play its role and to be part of such a momentous occasion in the life of the academic institution. “The launch of this radio station will boost the work of the UG’s journalism and communications programme… and will also contribute significantly to the development of the university as a whole.”

The radio station will provide training in live radio and television production for students enrolled in the Diploma and Bachelor’s Degree in Communication Studies. It will also support more specialised training for students of the Master in Visual Communication, set to be launched within the coming months.