As work continues on the Demerara Harbour Bridge (DHB) to repair the extensive damage caused by the barge, Minister of Public Infrastructure, Hon. David Patterson announced today that the hours for the river taxis plying the Vreed-en-Hoop to Stabroek route have been extended to 10 pm. 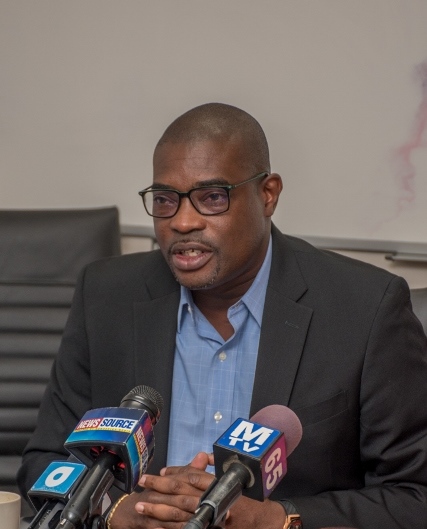 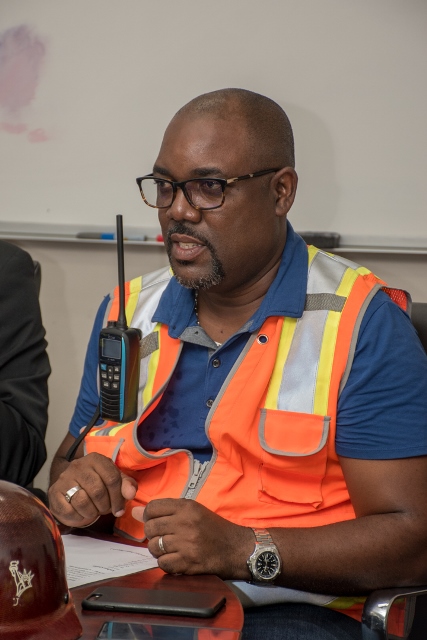 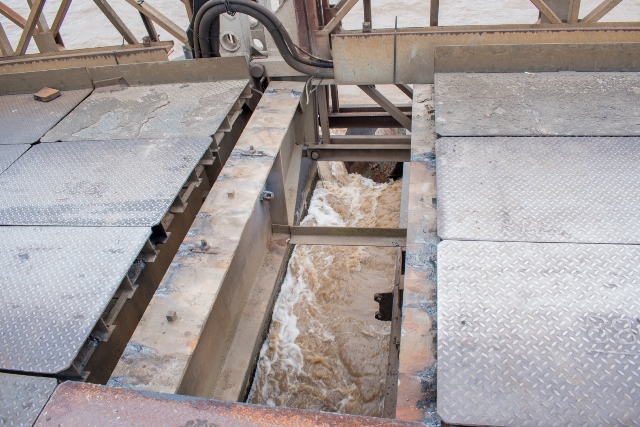 Part of the Damaged Harbor Bridge.

With the bridge being out of operation, commuters were this morning forced to utilise the services of the speed boats. Minister Patterson said a timeline of up to 10 pm has been set for passengers to cross over to either side of the river.

“There are 55 water taxis. All of them are in operation. For temporary measures, we will keep the water taxi service open until 10 pm tonight”, the minister said.

The Maritime Administration (MARAD) will also have available four emergency vessels in place between 10 pm and 6 am. He stressed that the vessels are for emergency only.

The minister was speaking to journalists at a press conference at the DHB’s boardroom.

Investigations have so far revealed that the Cuban crew, were outside their designated anchorage point. According to the minister, the barge should not have been passing through at that time either, since it was scheduled to pass on Tuesday. He said the vessel should have been anchored at Grove.

General Manager of the Demerara Harbour Bridge (DHB), Rawlston Adams said the impact from the barge, which was being led by a tug, shifted the bridge’s spans 12, 13 and 16

By mid-day today, workers were able to replace the connecting posts at span 13, while some temporary decking was installed at Span 16.

“The reason we had to suspend all marine transit is because the bridge is out of line and for the retractor span to close, it has to be in line,” he explained.

He said the corporation is still assessing the cost of the damage which will have to be borne by the Cuban crew.

Adams said workers will be working late into the evening and early in the morning, making way for the flow of light traffic tomorrow.

Meanwhile, Minister Patterson said the crew of Cuban nationals who were manning the barge this morning, are currently assisting the police with its investigation.