We will continue to support our young people -Minister Broomes.

Soon the West Ruimveldt community will be able to access and utilise one of the community grounds in the area. Through a collaboration between the Georgetown City Council, the Ministry of Communities and the office of the Minister within the Ministry of Natural Resources, the ground is being cleared of bushes and debris.

This will make way for a graded surface to facilitate such activities as football and cricket, athletics, and even a leisurely stroll.

Minister Broomes (second from left) and some of the other officials involved in the clean up initiative engaged in discussion. 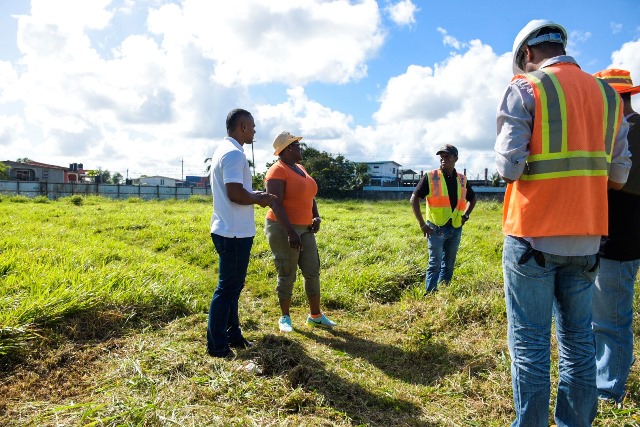 Minister Broomes (second from left) and some of the other officials involved in the clean up initiative engaged in discussion. 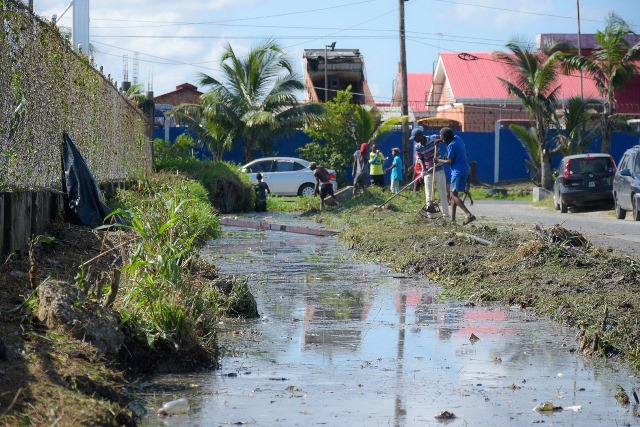 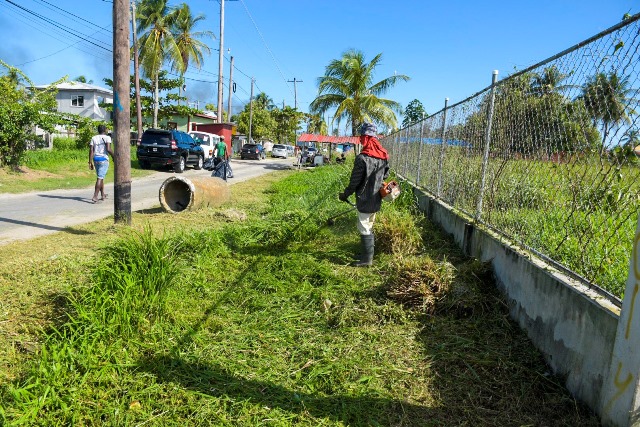 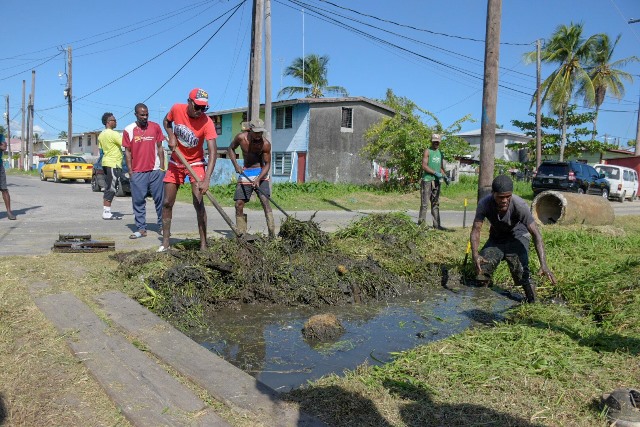 Young people in the community of West Ruimveldt clearing a drain during a clean-up exercise. 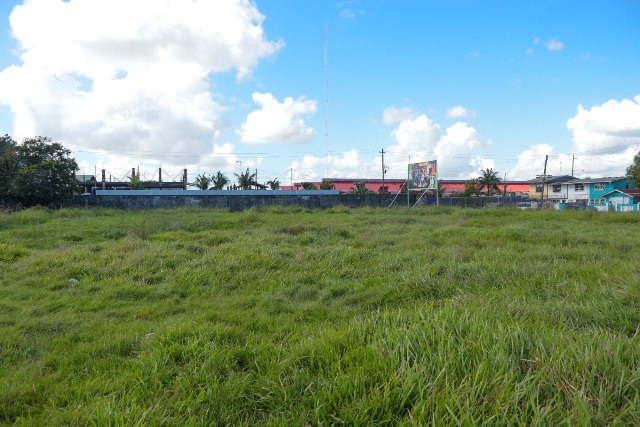 Efforts began after Minister Simona Broomes was contacted for assistance and a subsequent visit took place on Saturday last.

“I did undertake with them to see how much I can support and assist …I was here last week Saturday and I found out the ground falls under the town council; I made contact with the town council who is doing a lot of work in the community and the Mayor, who is out of town today” said Minister Broomes

According to the Minister, while the ground falls under the purview of the City Councill, she was specifically asked for assistance and therefore responded immediately, as this initiative is to engage and enhance the nation’s young people living in the West Ruimveldt community.

“Support for our nation’s youth is very important … what we are doing is a collaboration because the Ministry of Communities has some funding, and the council will also use what they have, and we will combine and do what we have to do,” noted Minister Broomes.

Youths from the community also volunteered with the cleaning and cleaning exercise. The outer surface and the drain will be cleaned today. This will be followed by grading of the actual field.

“We are not only weeding, we will ensure it is graded to a certain level and the council will upgrade by fixing the fence and adding lights,” the Minister added.

This initiative is not the first for Minister Broomes and the government, as this year she said plans have been discussed and mapped out to upgrade recreational grounds throughout the country, so young people can remain positively active.

“Youth is a big target of the government,” she said.

The Minister rebuked talk of young people in the West Ruimveldt community being prone to criminal activities. She noted that the community has birthed some of the country’s great footballer and athletes; adding that more should be done to ensure communities like this one, are not neglected.

“I’m really proud of them, they are out there and we will continue to support our young people…Because if we say they are the future then we have to support and make a difference now.”