The communities of Kopinang and Bamboo Creek in North Pakaraima, Pataro- Siparuni, Region 8 were granted $2.5 Million to support their green sustainable community projects.

With the $1.5Million received Kopinang will see the installation of a solar system at the village’s multipurpose centre, updating of the internet system and purchasing of a printer. Toshao Fred Bill explained that the solar system will be used to power the village’s internet service, while the printer will aid the Village Council’s work, schools and the health centre.

Toshao Bill told the Department of Public Information that the internet system was established in 2014, but the service proved to be slow. Given that the village is known for its tourism and many vacationers visit the area regularly, upgrading of the internet service is necessary. He added that the village also has an aquaculture project as part of its Community Development Plan (CDP) under the Amerindian Development Fund (ADF) and will soon begin rearing fish.

Meanwhile, Bamboo Creek received $1M to also engage in a fish raring project. This will add to the support the village is already receiving through the region’s agricultural programme.

Minister Allicock explained that the Presidential Grant programme is aimed at creating self-sufficiency within the indigenous villages through the generation of green, innovative projects that will create jobs and at the same time produce income for the village. 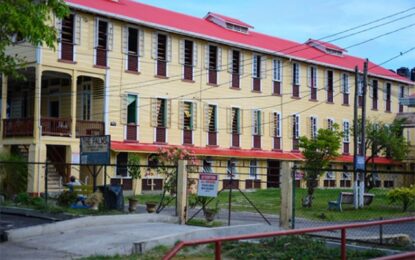