The year 2016 for the Ministry of Education’s, Department of Culture Youth and Sport can be deemed a successful one. Minister with responsibility for the department, Nicolette Henry worked assiduously for the department’s accomplishments.

One of the most significant achievements for the department was the adoption of the National Youth Policy in the National Assembly. The policy was long awaited as it was in the making for a number of years. Minister Henry during the 2017 National Budget debate said that the policy “will create the strategic framework needed for the development of youth in Guyana.” 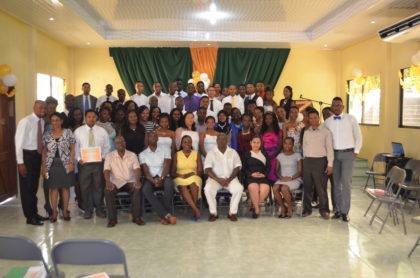 Minister within the Ministry of Education, Nicolette Henry (centre) with Presidential Advisor on Youth Empowerment, Aubrey Norton and a batch of the Youth Leadership Training Programme graduating class

Youth empowerment has been on the front burner for the government. The department has to date created a number of programmes to foster well-rounded youths. The most successful of them is the Youth Leadership Training Programme, under which over 400 youths have been trained. In 2017, provision has been made for the allocation of resources to continue the development of leadership skills of young people.

Further, the department started a literacy and numeracy pilot programme in 13 communities, and over 30 young people have since completed the programme. Those trained are expected to return to their communities and teach young people.

Additionally, with such emphasis placed on youth empowerment, the Youth Department has undertaken the establishment of night schools in Sophia, North Riumveldt and Soesdyke. The pilot programme is geared towards giving youths with less than five passes at Caribbean Secondary Education Certificate (CSEC) examinations the opportunity to acquire the subjects needed to further their studies. The programme is expected to begin in hinterland communities in 2017.

The achievements for sports in 2016 are notable. The National Sports Commission transformed the Cliff Anderson Sports Hall to international standards. Regional and international basketball games can now be held at the venue. With such an achievement, Director of

Sports, Christopher Jones stated that “history has been created.” The Sports Director pointed out that Guyana is now in a position that will lead to the rapid development of basketball and basketball players.

Minister Henry during the 2017 Budget debate said that the National Sports Commission will move to strengthen sports-related services guided by a policy to be adopted in 2017. According to the Minister, the Ministry will work assiduously to prepare athletes for the 2020 Olympics.

With this in mind, the NSC developed its first electronic National Sports Database for athletes, to be used to monitor training and development of athletes across Guyana and this should make it easy when selecting athletes to represent Guyana.

The culture department also made commendable strides in the year 2016. One of the most notable was the commencement of digitalising information stored at all museums and archives. This will enable better storage and retrieval of information while at the same time, making the information more readily available to the public. 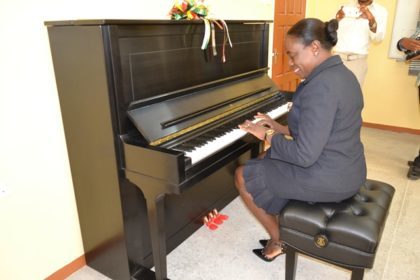 In October, the National Archives held a capacity building workshop for staff of the Museums, designed to help them convert their most used collections to a digital format.

This is an effort by the government to improve the quality of music education delivered even as it seeks to reintroduce music as a mainstream subject within the education sector.

Further, the Minister continues the push for revival of music in schools with phase two of the teachers’ development workshop. The workshop which concluded in August 2016 benefitted over 170 teachers from 85 primary schools countrywide. 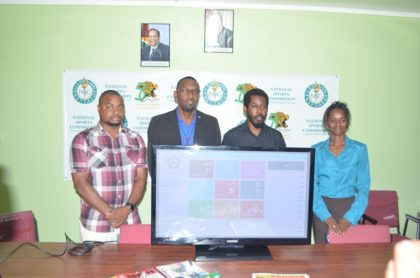