As part of preparations for Budget 2017, consultations are being held with various stakeholders, across Guyana. Today, members of the Tourism and Hospitality Association of Guyana met with Minister within the Ministry of Finance Jaipaul Sharma. The Government Information Agency spoke with Minister Sharma just before the meeting. 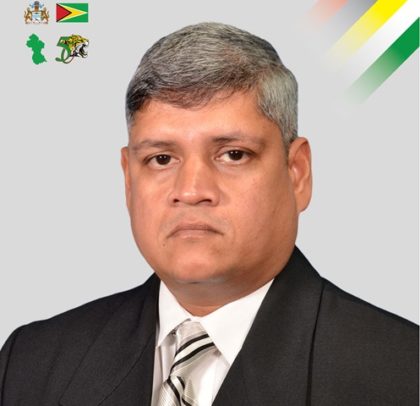 Minister within the Ministry of Finance Jaipaul Sharma

According to Sharma, preparations for the budget should be a partnership arrangement and it is important that to have the views and inputs of others.

Sharma noted that Article 13 of the Constitution points to the need for inclusivity. “So we are in the process of compiling the budget, interviewing Ministries, Regions and Agencies, and so it’s a two prong approach where you have the Ministries and Regions’ positions, you have the interests of the private sector bodies and organisations which are the stakeholders so they have a view too.” The minister said.

The Minister pointed out that while some stakeholders do not have a direct link to the Budget, the consultations would reveal whether prior meetings were held between the private sector agencies and respective subject Ministries.

“Yesterday I did the unions, and the GTUC, they’re coming to Finance because they were invited by Minister Jordan for consultations prior to the 2017 Budget. After speaking with them, you would have heard that they never spoke with the subject ministry,” the minister said.

Sharma said the private sector agencies are approaching the Ministry of Finance when their first stop should have been with respective ministers. “If you are dealing with labour issues, you need to speak with the Ministry of the Presidency, Department of Management. That is what you are not seeing, they are not speaking to Social Protection but they come with a wish list. They are not speaking to the subject Ministry and you’re seeing that deficiency,” the minister pointed out.

According to the minister, the consultations would serve to strengthen the budget process and assist the officials of the Ministry of Finance, including Budget Director, Sonia Roopnauth and her team, to determine if a ministry has made a comprehensive review of the systems and what exactly is needed.

The minister is urging private and civil society groups to meet first with their respective subject ministers before consulting with the Ministry of Finance.

The National Budget for 2017 is expected to be presented on December 5, in the National Assembly