ACTO conference deemed a success – calls for conclusion to be employed

During the closing ceremony Minister of Indigenous Peoples’ Affairs, Sydney Allicock commended the participants for a ‘job well done,’ on seeking to develop plans and programmes to promote and preserve traditional knowledge.

“You have had two good days of putting things together…I know you have enough work to do and a new journey you have embarked on. It is a journey that is long awaited and I think today, I can see that we have a team that is going to move this forward in the right direction,” Minister Allicock told the participants. 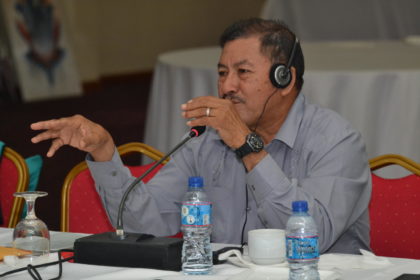 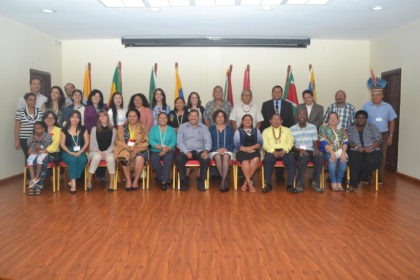 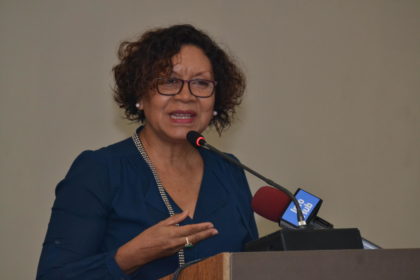 Minister within the Ministry of Indigenous Peoples Affairs, Valerie Garrido-Lowe.

He urged the countries to employ the information gathered and the lessons learned from other countries. These, he described as the engine to unify the people, and bring the Indigenous peoples together because, “for too long our Indigenous peoples have been in the dark, and now is the time to give them the opportunity to help in nation building.”

The Minister added that the Indigenous peoples have been the keepers of the forest for decades, they have protected ‘mother earth’ and its nature, and it is the time they benefit from the resources it (earth) has to offer.

Minister within the Ministry of Indigenous Peoples’ Affairs Valerie Garrido-Lowe added that Indigenous studies programmes should be included at the University level so that Guyanese can benefit honorary degrees in Indigenous Studies.

The Minister also noted that while the persons have been striving to maintain their cultural traditions, much more needs to be done.

“I think we should also look at legacy, what we want to leave for our younger generation and add to what already exists. We (the older folks) can boast about what our ancestors left for us, the food, the craft, agriculture …We now need to look at how can we add to that, are we going to translate our languages and document them so that they can be stored electronically, are we going to go into green energy are these the benefit we want to leave with our people,” Minister Garrido-Lowe explained.

Minister Garrido-Lowe also applauded the participants for engaging in intense consultations during the two-day meeting and urged them to make use of the outcomes.

ACTO is an intergovernmental body aimed at the promotion of sustainable development of the Amazon Basin. The Regional Technical Exchange was held under the theme ‘Community Protocols and Access and Benefit-sharing related to Traditional Knowledge of Indigenous Peoples.’