A protest organised by the opposition at Zambia, Mibicuri on the Corentyne Berbice turned out to be an engagement session with Attorney General (AG) and Minister of Legal Affairs, Hon. Basil Williams, SC.

The small group showed up with placards, but soon relented and raised some issues with the Attorney General.

Among them was the condition of the roads, streetlights and the drainage situation in the village. The Attorney General also took the opportunity to explain the ruling of the Caribbean Court of Justice (CCJ) on the no-confidence motion. He further explained the most recent High Court ruling on the challenge to the House-to-House Registration by the Guyana Elections Commission (GECOM). 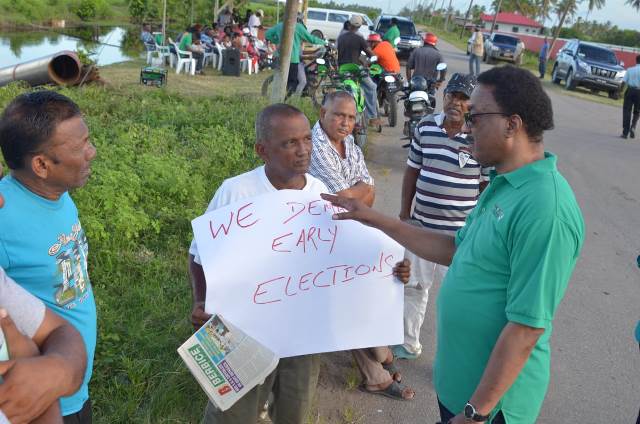 Attorney General (AG) and Minister of Legal Affairs, Hon. Basil Williams, SC., speaking to one of the protestors. 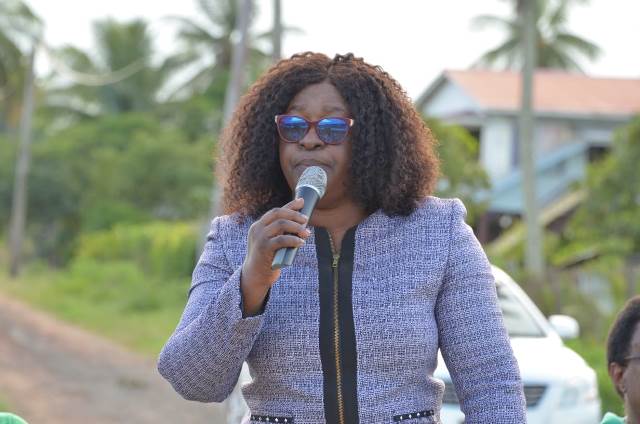 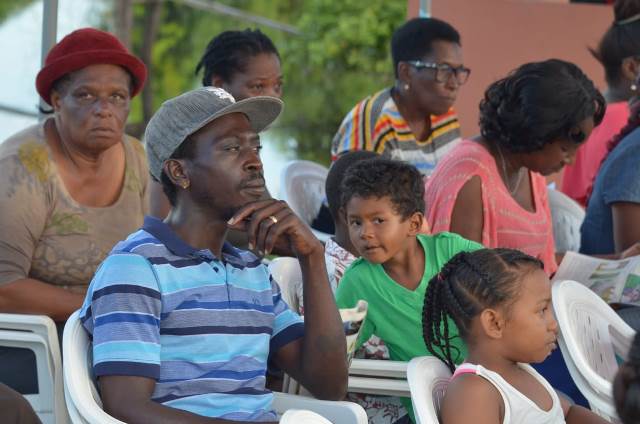 Some residents at the meeting.

AG Williams, along with Minister of Foreign Affairs, Hon. Dr. Karen Cummings visited the community today as part of the region-wide government outreach.

As a rice farming community, the demonstrators were concerned about the main drainage canal, which they said is not being looked after. The farmers said the officials responsible for the community’s drainage seem to be shifting blame, leaving them to suffer in the process.

“The prime importance of the D&I [drainage and irrigation] canal is the NDIA, and they sublet it to the region. When we get flooded, the water rises in the backland, and we have to burst it with a hymac, since last year May it had no maintenance,” one of the men told the Attorney General.

After listening to their concerns, the Attorney General reminded the protesters that the local authorities are required by law, to address such issues in communities. He said, however, that he was happy to listen to their concerns.

“I am here on a government outreach to learn and understand what problems you have,” the Attorney General told them.

Meanwhile, Minister Cummings told the meeting that the government has embarked on transformational initiatives for all Guyanese. Monies, she said, is being spent on infrastructure, health, and security, along with increases in salaries and old age pension.