Ithaca residents have been encouraged to transform their community by taking to the soil.

During a community engagement on the West Bank of Berbice (WCB), Minister of Citizenship, Hon. Winston Felix charged the residents:

“Ithica, create a plan, work on that plan and transform your community, get into farming, and give back to your country. Our country will be welcoming oil and gas but farming is very essential.” 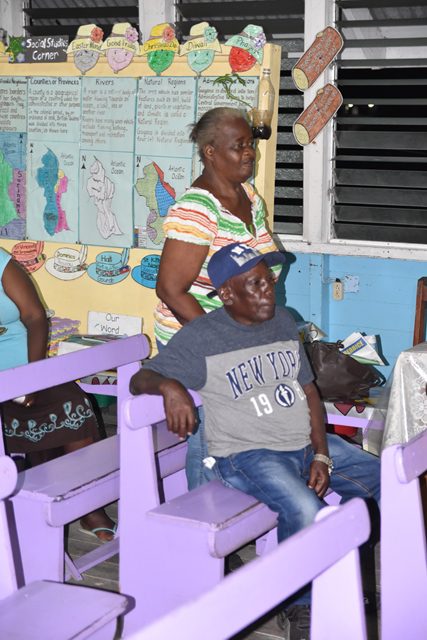 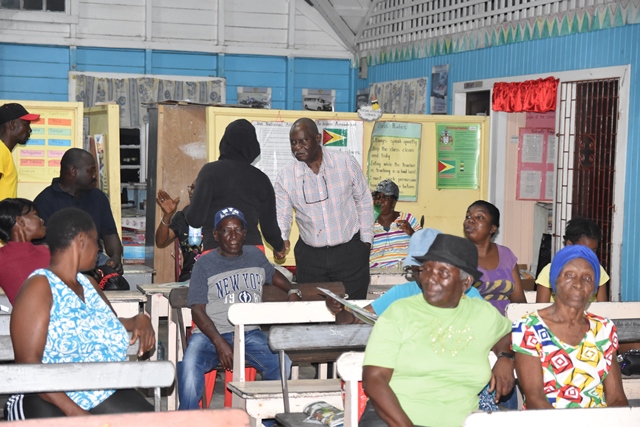 Minister Felix reminded that Agriculture is one of the most important productive sectors of Guyana’s economy and food is essential. Therefore, the sector remains a key focus of the Coalition Government even with the advent of the profitable oil industry.

He also advised several farmers present at the meeting to consider expanding their businesses by diversifying their crops and going into the export business. The minister noted that the Caribbean is a lucrative market to take advantage, and noted that they must “up their game” and consider venturing into agro-processing.

During the interactive session held at the Ithaca Primary School on Friday, residents also spoke of the changes they wished to see in their community. A group of young football players also grasped the opportunity to relay to Minister Felix, the issue of an incomplete recreational facility in the community. He reassured the youths measures will be put in place to have the Director of Sport, Christopher Jones intervene into the matter, for timely completion of the facility by year-end.

Also, among the residents was 68-year-old, Janet Grannum who said for many years she was living without receiving her old age pension. However, “thanks to a previous community meeting held earlier in the year,” Grannum said, “my concern was raised before Minister within the Ministry of Social Protection, Keith Scott who promised he would assist me and today I am pleased to say I am finally getting what was owed to me.”

After hearing Grannum’s testimony, the minister told the gathering that the government’s promises may not be fulfilled in a day, but with time and commitment, the people of Guyana will be served.