The Coalition government’s promise to provide equitable and quality health care services for Guyanese is being fulfilled across the country.

Staff of the Government Information Agency (GINA) recently spoke with Regional Health Officer for Region One, Cerdel McWatt, who indicated that there are marked improvements in healthcare delivery, despite challenges.

McWatt said that in 2016, the region’s health department acquired an ambulance for the Mabaruma sub-district and a water ambulance for Moruca under the Ministry of Public Health. 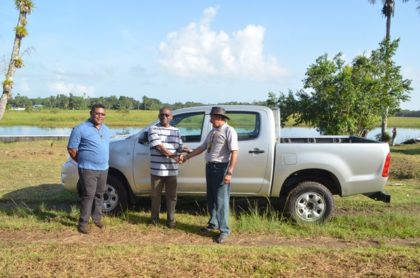 Minister of Indigenous Peoples Affairs’, Sydney Allicock presenting to the Regional Executive Officer (REO), Region One, Leslie Wilburg, a vehicle to aid in the delivery of services at the Moruca Hospital

The department also received a vehicle from the Minister of Indigenous Peoples’ Affairs, Sydney Allicock to aid in the delivery of health care services in the Moruca sub-district.  ATVs were also given to the department to support Matthews Ridge, Baramita and the Mabaruma health centres.

Additionally, in 2016 international agencies including the Pan American Health Organisation/World Health Organisation (PAHO/WHO), Inter-American Development Bank (IDB) and Global Fund supported the region’s health services in terms of aiding in vector control, maternal and child health and other services. “We’ve even had National Aids Programme Secretariat (NAPS) which would have aided us in training four doctors in HIV management and those would have aided in the four different sub-districts,” McWatt noted. 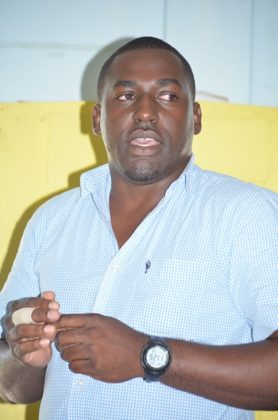 The Region’s Health department has 53 functioning facilities and which are managed by the Regional Health Officer, 13 doctors, three medics, Community Health Workers (CHWs), nurses and other technical and non-technical staff.

The department has experienced some challenges especially in relation to man power. “Staffing is an issue throughout the region, we’re having problems in terms of most of our facilities are suffering from inadequate amount of staff, but we hope that with ongoing training, with the initiative of the region and MOPH (Ministry of Public Health) that we’ll be able to resolve that,” the Regional Health Officer said. 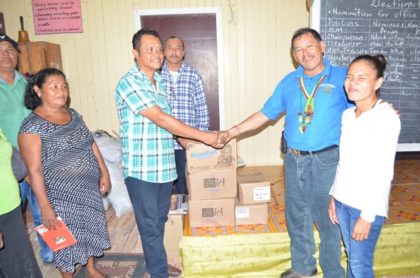 Further, the environmental senior health officer has been conducting outreaches throughout the region especially in Baramita with the assistance of PAHO/WHO and other agencies to tackle infectious diseases including malaria, typhoid fever and occurrences of rash and fever, McWatt pointed out.

Staff members are continually being trained to improve the services offered. There is a proposed programme by the  to have a first responder training which should commence on August 4.  This training, McWatt said, is expected to benefit approximately 50 persons drawn from the Guyana Defence Force (GDF), Guyana Police Force (GPF), and Toshaos and other village leaders. 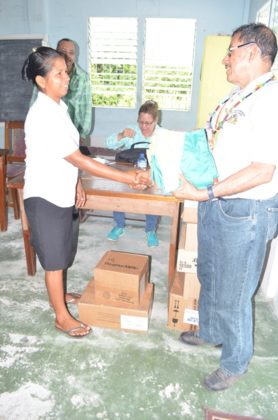 Additionally a team from the National Tuberculosis Programme would be effecting a programme during this month to train staff in the region in tuberculosis screening and diagnosis. “We have seven patient care assistants in training. Those are drawn from Mabaruma sub-district, the Matarkai sub-district, Port Kaituma and Matthews Ridge and, one orthopaedic technician that are being trained,” the Regional Health Officer stated.