Arbitral Award of 3 October 1899 (Guyana v. Venezuela) Conclusion of the public hearing held on Tuesday, June 30, 2020 – The Court to begin its deliberation

THE HAGUE, June 30, 2020. The public hearing on the question of the Court’s jurisdiction in the case concerning the Arbitral Award of 3 October 1899 (Guyana v. Venezuela) was held today. Oral arguments were presented by the Co-operative Republic of Guyana. The Bolivarian Republic of Venezuela did not participate in the hearing.

In view of the current COVID-19 pandemic, some Members of the Court attended the hearing in person in the Great Hall of Justice, while others participated remotely via video link. The delegation of Guyana, led by Hon. Carl B. Greenidge, as Agent, and Sir Shridath Ramphal and H.E. Ms Audrey Waddell, Ambassador, as Co-Agents, addressed the Court by video link. 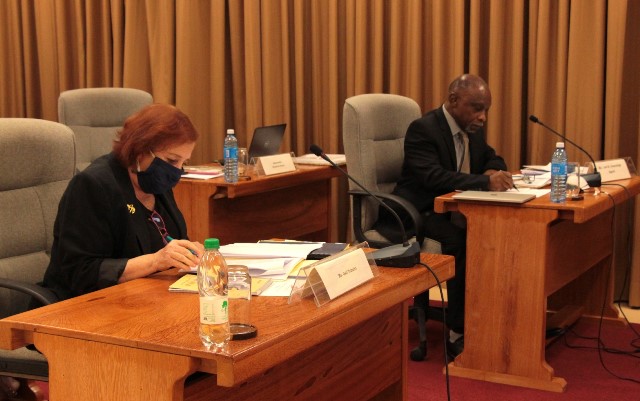 Representation of the People’s Progressive Party/Civic, Ms. Gail Teixeira (l); Foreign Secretary and Agent of Guyana in the case before the International Court of Justice (ICJ), the Honourable Carl B. Greenidge 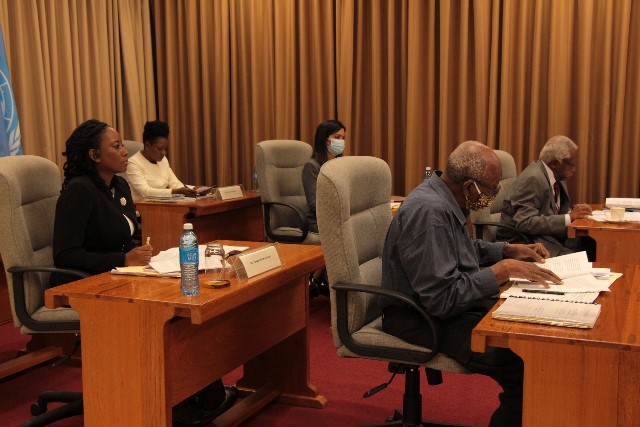 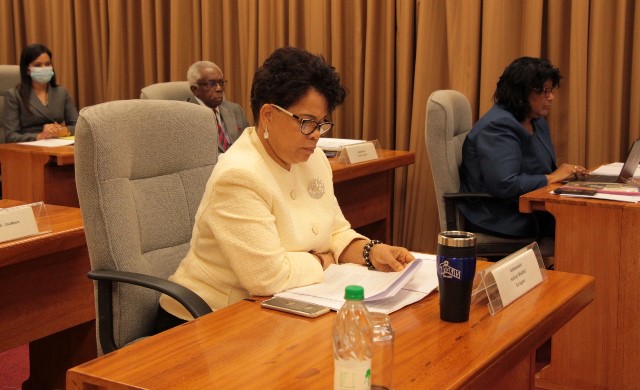 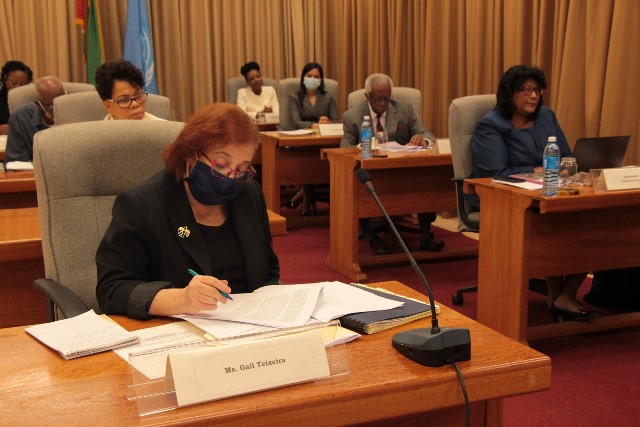 Members of the delegation of the Co-operative Republic of Guyana view the oral proceedings in the ICJ Public hearing of on the question of Court’s jurisdiction in the case concerning Arbitral Award of 3 October 1899 (Guyana v. Venezuela) 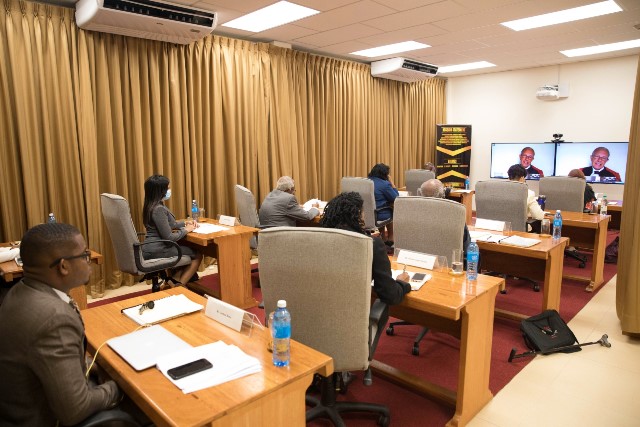 Members of the delegation of the Co-operative Republic of Guyana view the oral proceedings in the ICJ Public hearing of on the question of Court’s jurisdiction in the case concerning Arbitral Award of 3 October 1899 (Guyana v. Venezuela) (Source: DPI)

The Court will now begin its deliberation.

Submissions of the applicant Party

At the end of the hearing, Sir Shridath Ramphal made the following submissions to the Court on behalf of the Co-operative Republic of Guyana:

“On the basis of its Application of 29 March 2018, its Memorial of 19 November 2018, and its oral pleadings, Guyana respectfully requests the Court:

History of the proceedings

Note: The Court’s press releases are prepared by its Registry for information purposes only and do not constitute official documents.

The International Court of Justice (ICJ) is the principal judicial organ of the United Nations. It  was  established  by  the  United Nations  Charter  in June 1945  and  began  its  activities  in April 1946. The Court is composed of 15 judges elected for a nine-year term by the General Assembly  and  the Security  Council  of  the  United Nations.  The  seat  of  the  Court  is  at  the Peace Palace  in  The  Hague  (Netherlands).  The  Court  has  a  twofold role: first,  to  settle,  in accordance with international law, through judgments which have binding force and are without appeal for the parties concerned, legal disputes submitted to it by States; and, second, to give advisory opinions on legal questions referred to it by duly authorized United Nations organs and agencies of the system.