Baramita health post to be upgraded to health centre

The need for emergency medical services in Baramita is the main reason for the upgrade of the village’s health post.  The 2017 National Budget will cater for the improvement of the Region One facility to a health centre. 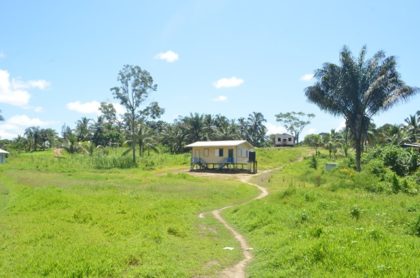 Regional Vice Chairperson, Region One, Sarah Brown told the Government Information Agency (GINA) that, “our (Regional Democratic Council RDC) priority project in the 2017 budget is the Baramita health centre. We are going to complete that with facilities such as the nurses’ and doctors’ quarters so we could have at least two doctors in Baramita to serve that area.”

The RDC representative said that a 25 percent increase in the mortality rates was recorded in Baramita , thus the intention of the region is to place emphasis on the health care services provided.

The current population in Baramita is spread out in 22 satellite villages. The Regional Vice Chairperson stated, “Given the population of Baramita which is approximately 4,000 and the amount of incidents we have there in terms of lacerations, in terms of stab wounds, we find that one doctor and one medex is not sufficient so the health post is also in need of an upgrade.”

The health centre will provide general medical services, and will also house a maternal and child health unit.

In 2015, the region along with the Ministry of Public Health was considering the construction of a cottage hospital for the area, but later realised that it was not feasible since there is a cottage hospital located at Pakera in the same region.

The rehabilitation of the Pakera mortuary is expected to be completed at the end of 2016 as projected in this year’s budget. Meanwhile other priority projects for Region One’s health sector include the provision of solar panels for Waramuri, Sebai, Assakata, Kamwatta and Cabrora health centres.

Manawarin is also expected to be upgraded with the additions of a doctor and midwife/medex who will work along with the Community Health Worker in that area to deal with the high number of infant mortality rates.

During a recent trip to Region One, the Regional Vice Chairperson along with Minister of Public Health, Dr. George Norton visited a number of health facilities in the Moruca-sub region, taking note of the facilities that need upgrading to provide better health care services to those communities.